Another entrant is now known for the Junior Eurovision Song Contest, which takes place on 21 November. The Netherlands, an continual presence at JESC, finished their selection process that consisted of two semi-finals and a final. Shalisa has won the golden ticket after achieving a maximum score in […]

“Fáilte go hÉirinn agus fáilte a chur roimh Eurovision Sóisearach 2015.” We have to share our wonderful language with the people of Europe as the Irish are joining the Junior Eurovision Song Contest for the first time. TG4 in association with Adare Productions are beginning their search to […]

Another act has been chosen for the Junior Eurovision Song Contest (JESC), which takes places on 21 November in Sofia. Russia, one of the most successful countries in JESC, has selected rising star Mikhail Smirnov (Михаил Смирнов) to sing and defend an impressive record. With one win (2006) […] 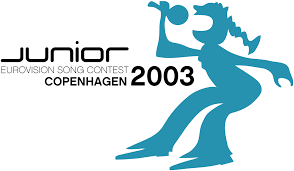 Junior Eurovision – what’s it all about?

If you’re an avid follower of the European Broadcasting Union, it won’t have escaped you that there’s not just the Eurovision Song Contest that is one of its major productions. One of its others is the Junior version – known to us as JESC. Is it right, you […]

San Marino have gone and done it again with the news that may surprise many. They will be sending Michele Perniola and Anita Simoncini to Eurovision 2015. You will recognise both names as it is the young gentleman who represented San Marino at the Junior Eurovision song […]

Welcome to our rolling live blog from the Grand Final of the Junior Eurovision Song Contest. No tantrums and tiaras here. Just 16 countries and 16 acts that show no fear of performing in front of millions of people. Malta have gone out 200% to put on a […] 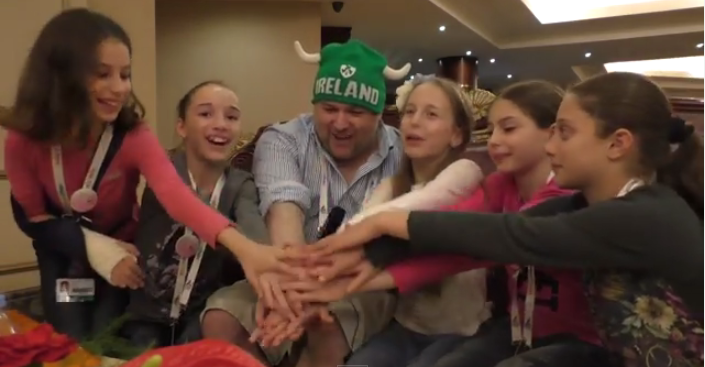 Eurovision Ireland meets Lizi Pop from Georgia at Junior Eurovision 2014. If anyone thought that children were not able to cope with the pressure of competing on an International stage then they need to watch this interview. Lizi Pop and her crew are brimming over with confidence that […]

Is Sweden set for another win at Europe’s favourite tv show? Eurovision Ireland meets Julia Kedhammar who we think is going to be a name to watch both now and in the future. Julia has a song that is written by none other than one Mr Thomas G:son […]

Welcome to Malta and welcome to our rolling blog for Jury Final Dress Rehearsal of the Junior Eurovision Song Contest 2014. You know the drill by now. Just refresh the page to get the latest news on the contestants and their performances. So we have Andrew in the press centre,  […]

JESC rehearsal rolling blog is up at OnEurope.

As I just noticed there isn’t one here, I’ve got one at my place Come take a look Click the link to see the live blogging results. Thank you all for visiting the Eurovision Ireland emergency service. I’ll slap your team on your behalf when I see them!!!

Welcome to Malta and welcome to our rolling blog for the Day 4 rehearsals of the Junior Eurovision Song Contest 2014. You know the drill by now. Just refresh the page to get the latest news on the contestants and their performances. So we have Andrew all Day […]

It is day 3 of the rehearsal schedule here in Marsa in Malta for Junior Eurovision 2014. It is the turn of the first 8 countries to do their 2nd rehearsal as well as a Press Conference afterwards. I have posted pictures of various things the last 2 […]