We are very happy to have a guest writer again with Eurovision Ireland today and it is Mr Eurovision himself – no not Johnny Logan but Keith Mills from “All Kinds Of Everything“. Keith casts his eye over the Eurovision semi final draw that will take place in […]

So who will represent Hungary at Eurovision 2013? The past couple of years have seen this nation qualify to the final and with big expectations back in 2011 it was thought that Eurovision 2012 could have seen the contest broadcast from the country itself. However that “fairytale” never […]

Following Austria’s less than successful entry last year (last place in Semi Final 1); the only way is up for Austria. The national broadcaster ORF have gone back to basics and re-jigged their national selection format. Invitations were sent out in October for song submissions and ORF have selected 5 to […]

Iceland 2013 : Songs on line NOW and Yohanna is “Nott” singing a ballad

Estonia can reflect on a successful Eurovision 2012, when Ott lepland sang the brilliant “Kuula” finishing in a very respectable 6th place, and in Just a few short weeks Estonia begin the search for their entry for Malmo, by holding 2 semi finals, the first of which takes place on February […]

Will Nikki Kavanagh be at the Irish Eurosong Final? Well we have spoken to our dear friend Nikki and she has confirmed that she will be at Eurosong this year. However as many of the Irish book makers have Nikki down as one of the contenders she has […]

Azerbaijan 2013 : The 3rd finalist is announced

Azerbaijan continued the search for their 2013 entrant to the Eurovision Song Contest in Malmo. The were back after a week’s hiatus for the holiday season and they came back with a flurry pf potential candidates. Their weekly search for the Azeri Eurovision Representative “Milli Seçim Turu” continued […]

So who will represent Sweden at the Eurovision Song Contest in Malmo this year? The race to see who will be the host nation’s act took a step forward yesterday as SVT released all the interviews with this year’s contestants in Melodifestivalen 2013. If you follow the link below […]

Spain 2013 : Is Eurovision going to lose out to Football in Spain? 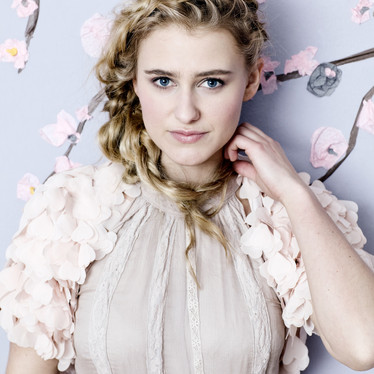 (Picture courtesy of Mia Diekow, Johnny Heyerdahl, Maschinenhaus and kulturbrauerei.de) NDR are busy releasing the entries for the German national final “Unser song für Malmö” which will take place in Hannover on Thursday 14 February. Next up is actually the artist which was the last to be announced by NDR but […]

Germany releases another one of their finalists in their National Final for Eurovision 2013. Yes the duet of Nica & Joe with their song “Elevated” (YouTube Video Courtesy of Stummel Stummi) The song has a very Coldplay feel about it and the operatic and pop voices blend seamlessly in this short […]

The German National Final for their Eurovision entry took another big step forward today with the much-anticipated song from Euro multi selling artists Cascada and their Song “Glorious”. Was it worth the wait? (YouTube Video Courtesy of tisdalerocks) As we had expected this has a German Euro Pop […]