Are the Provisional Dates for Eurovision 2015 Being Changed?

It seems that Russian President Vladimir Putin has taken the same tact as some of his senior politicians and spoken out about the recent win of Conchita Wurst at Eurovision 2014. One gets the very strong message that the Russian public gave in their high-ranking of Wurst in […] 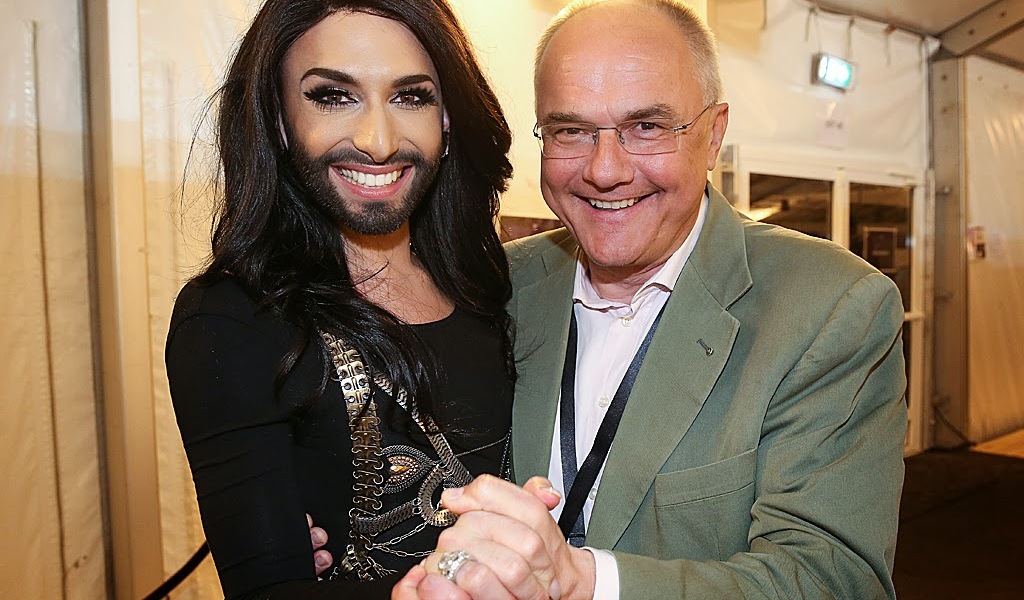 With the win of Conchita Wurst at Eurovision 2014 in Copenhagen, the responsibility of hosting the 60th Anniversary Contest will be in the hands of Austrian National Broadcaster ORF. Today they have announced the core team that will be responsible for hosting Europe’s Favourite TV Show.     […]

Eurovision Winner Puts The Finishing Touches To Her Band

Eurovision winner puts the finishing touches to her new band. Who, What and Where? Well we have all the details for you. Will we see them on a Eurovision stage anytime soon? That is the word on everyone’s lips. Syngstreet is the 5 piece singing and dancing act […]

Cyprus to return next year for the 60th Eurovision Song Contest.

Unconfirmed news from a reliable source that Cyprus will return to Eurovision next year after taking a year out this year due to financial reasons. They have been sadly missed especially by Greece but will be back with a National Final to choose their entry, details and dates […]

Turkey – Is Turkey set to return to Eurovision in 2015 following a 2 year absence? According to the Turkish news site cadde.milliyet this is likely. The site claims that a visit last year from the EBU President Jean-Paul Philippo,t where he met TRT General Director İbrahim Şahin, has seemingly […]

Eurovision Ireland wants more Writers and Contributors We are looking for more writers as we are about to unveil some great new ways and ideas for covering the Eurovision universe as we recover from the emotional rollercoaster of Copenhagen 2014 and start pitching base camp for Vienna in 2015. […]