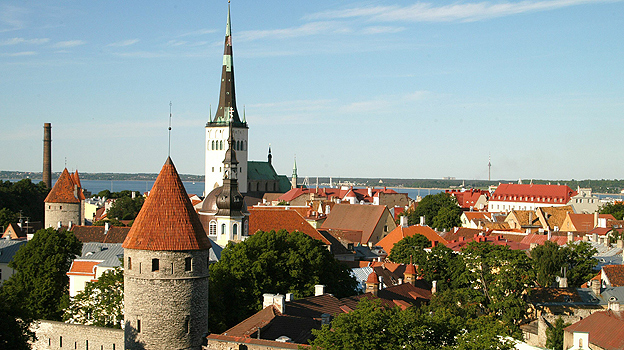 Yes, I’ve landed ready for six fun days here in Tallinn – primarily covering Eesti Laul for you the Eurovision Ireland readers!!! Many of the Fan and Press community landed either yesterday or today and more are due to land tomorrow and as late as Saturday. Most of us have travelled from within Europe,  but one or two others have travelled a bit further.

Tomorrow, I’ll see some of my Press colleagues as we spend the day at Saku Suurhall watching and assessing the rehearsals for Saturday night’s big Eesti Laul final. But why are we attending Eesti Laul? The last couple of years, this particular National Final has grown in statue to sit alongside other Scandinavian National Finals. Jon Ola Sand himself attended last year to see how Tallinn would cope if they won the Eurovision Song Contest again.

Taking the weather into account, the exploration time I will have here in Tallinn should prove to be very pleasant. Find out more about my adventures over the coming days before I move on to Stockholm next Wednesday.