#Georgia: Review of all the songs in the National Final 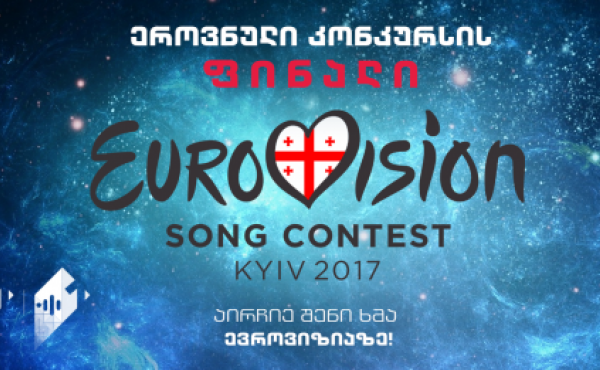 GEORGIA– Review of all the Finalists for 2017

Georgia–  25 acts will compete for a place in Kiev and go on to represent their country in Eurovision 2017. The Final is being beamed live from the Tbilisi Concert Hall on Friday January 20th 2017 starting at 17:00 CET and I will be doing a LIVE rolling blog.

So in advance of the show I have listened to all the songs in the Final and given some thoughts on their chances of progressing to Eurovision in Kiev in May.  You can hear the songs on Youtube following this link. 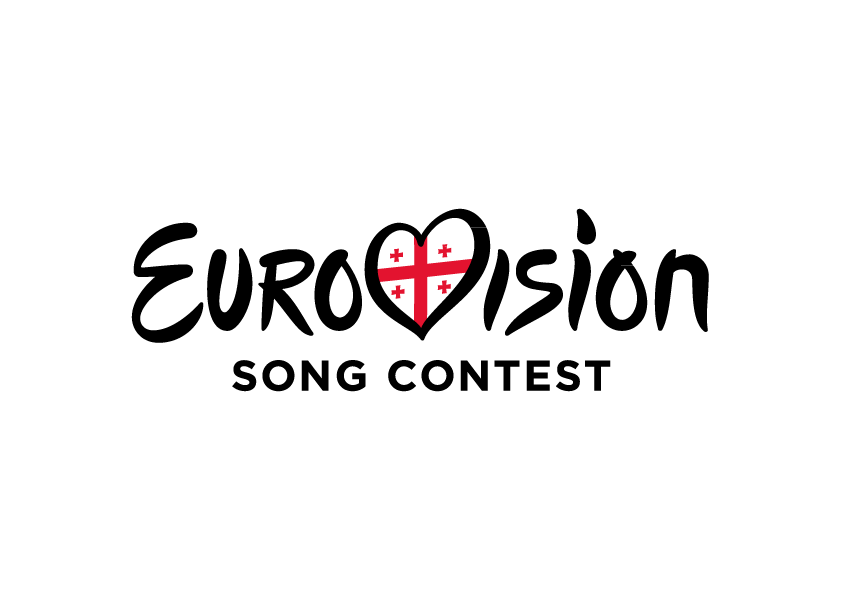 So who will succeed in taking on the Georgian golden ticket from Nika Kocharov and the Young Georgian Lolitaz who reached the Grand Final last year. We shall find out on the show on Friday 20th January so remember to look back and follow the live blog. 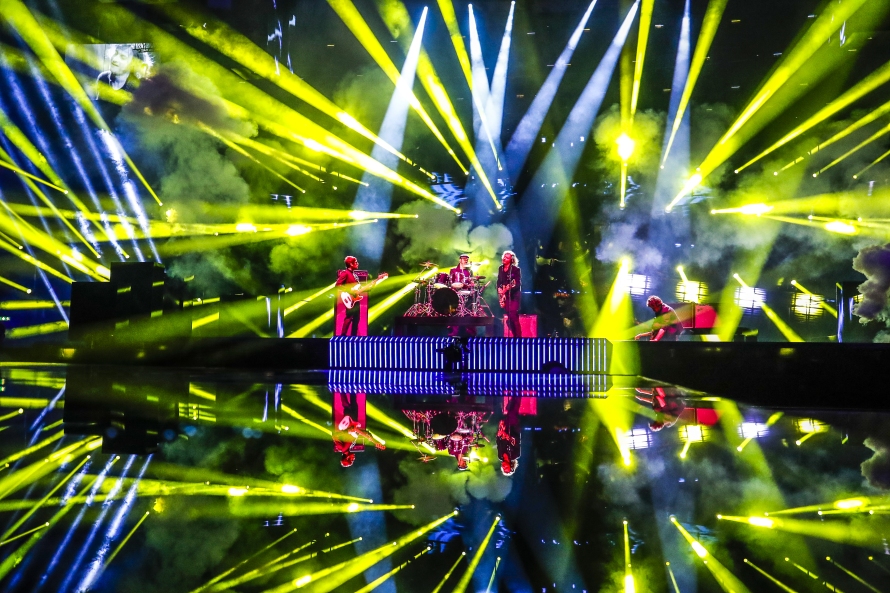 A heavily guitar based male ballad which is good for its genre. Giorgi certainly sounds like he has a good rock voice which helps to give this song a bit of a lift. A good opener for the show and this although a bit on the slow side does have enough impetus and hooks to work on a bigger stage. But is it memorable enough in starting a large field in this Final? We shall see. 7/10

Ok we have a male/female duet here. It is a mid tempo ballad with some modern funky electronic beats to it. We also have a bit of pseudo rap going on here but not sure it adds to the feel of the song which overall as mentioned already is funky. Do not see this being good enough to send to Eurovision.  6/10

A male ballad now and another almost rasping rock voice here, not bad vocally. This has hints of being a George Michael track except its not as good as that. Again its not bad but doesn’t have something special to elevate it onto a Eurovision stage. 6/10

A slow start to this one which builds nicely. I felt it might change its tempo from the slow start but only increases its orchestration and impetus from time to time. Again not a bad song fairly contemporary and some good vocals in there too but I don’t see it being a challenger. 6/10

Song 5 –  Alisa Danelia- We Are Eternity

Our first female solo of the Final and its another ballad. A good solid voice from Alisa this has a good feel to it with a nice beat and some sweeping vocals. I can see this doing better with a good dramatic colourful staging and is the best so far. 7/10

Another female ballad but this one has a bit more of a modern pop feel to it. Nutsa has a good range in her vocal and this one could also do quite well with the right staging applied. 7/10

Song 7 – Maliibu- We Live Once

Another female solo and it starts with talking the words then kicks into a heavy base and drum beat. Sounds quite dark and dramatic with a bit of electronic synths coming in too. Its an interesting song as it is a ballad but not your typical Eurovision fodder and therefore could actually stand out more. But overall its probably not for me. 6/10

EOS are a 4 piece rock group and the song is a heavily influenced prog rock ballad. A heavy rock track with deep vocals this is actually pleasing to my ear but I know its not everyone’s cup of tea in Euroland. Rock can be a big success or a bit of a flop at Eurovision and I suspect this would end up being the latter. 6/10

A male singer with a song that’s trying to move towards a mid tempo feel. It has a modern feel to it with lots of electronic drum beats going on. It does become a little bit screechy at some of the high points then just falls away and peters out into nothing. Not a good way to finish a song really. 5/10

All female trio and we have something uptempo and ethnic folk. This is totally going to stand out as it feels and sounds great and its sung in Georgian which adds to its ethnic impact. I like this a lot as it sounds good and fits into the traditional ethos that is Eurovision for me. 8/10

A female ballad with a strong piano accompaniment it actually has hints of a Bond theme with some dramatic moments and beats. A good vocal from Tako nice and strong this isn’t a bad song at all. Also has a dramatic key change too. 7/10

A guitar intro here for this female ballad which has some sweeping ethnic feeling in it. It leans very heavily on the vocal performance to carry it through. Nino has a deeper vocal but is easily able to reach the higher notes in her song too. Quite dramatic, moody and ethnic again not bad at all. 6/10

A modern poppy sound to this one. Yes this would fit in quite nicely into the modern era of Eurovision. A good mid tempo pop song really which could do well. 8/10

A heavy electronic beat to this modern uptempo song. Then we get some operatic vocals, a total mix of styles here. I think I prefer the more modern electronic parts of the song. But the opera interlude makes it interesting. 7/10

Another modern pop song. A good start which then builds into a bit of an uptempo dance track. I like it and it has enough going for it with the contrast between the slower vocals and the dance build up. This could do well at Eurovision and would go down well at Euroclub. 9/10

A four piece male group now with a guitar based uptempo song. This has heavy hints of Coldplay which of course is very popular. This is a good song and would probably stand out in a crowd of regular Eurovision pop and ballads. I am liking this one a lot too. 8/10

A three piece girl group with an uptempo funky song that opens up into a full on dance track. Very modern and catchy this could go down a storm in the current Eurovision. Instantly likeable and memorable then has a bit of rap to satisfy those fans, it is ticking lots of boxes for me. 9/10

Song 18 – Tornike Kipiani- You Are My Sunshine

A heavy beat to this song its very different to anything else in this Final. It has almost a trancelike beat and vocal. I do not see this doing well either in this competition or in Eurovision as it is too out there. 5/10

A male mid tempo ballad now with a nice feel which is quite anthemic in the chorus. Pleasant enough but I cannot see it being a winner here. 6/10

A solo female song now with a bit of a beat to it. Then the chorus jumps into uptempo before falling back to mid tempo beats in the verse. It is quite folksy in bits then a bit more poppy in the chorus. A pleasant enough song but I don’t think I can see it at Eurovision. 6/10

A song that has a short dramatic musical intro which then builds vocally into a sweeping ballad. It has a nice feel to it and I like the contrast in styles. Vocally good too I don’t think it will win but may be closer than some other songs that are on just before it. 7/10

A slow song which has a female vocal lead. It then gets a bit more dramatic but still plods along  at its assigned pace. I like the dramatic vocal bits but not the plodding in between. Its not going to Kiev I am pretty sure of that. 6/10

Now this is pretty funky. A funky jazz vocal here but the song is a bit disjointed. It then moves into a very slow part after the funkiness that went before then builds back up to it old funky self. Oh did I mention this was funky? 6/10

A guitar based song that starts slow then builds with some heavier drumbeats. A bit of soft rock that is a mid tempo with phases of heavier rock. Its perfectly fine for its genre but not for Eurovision. 6/10

A gentle older style male ballad to finish off which is the second song sung in Georgian. This does build up though and has a heavy sax element to it. It is mostly laid back though and has hints of some soft rock elements in it. Do not think it will trouble the final shake up though. 5/10

So overall a pretty decent selection of songs for Georgia this year in what is a marathon of a Final with so many varied songs to choose from. But who is going to win? That decision will be taken by a combination of public and jury voting. If it was down to me I would tend to go for Sparkle with ‘On The Top’ or Mariko Lejava with ‘Light It Up’ both good dance oriented and modern pop songs. But if Georgia wanted to go for something else then it would be a close call between The Mins with ‘Crime’ ,  Elene Mikiashvili with ‘Fighter’ or Mandili with the more ethnic folk ‘ Me da Shen’.

So there we have it folks do you have a favourite in Georgia? Why don’t you comment and tell us?

Remember to check back at 17:00 CET on Friday 20th January for my LIVE blog of the full Final in Georgia.