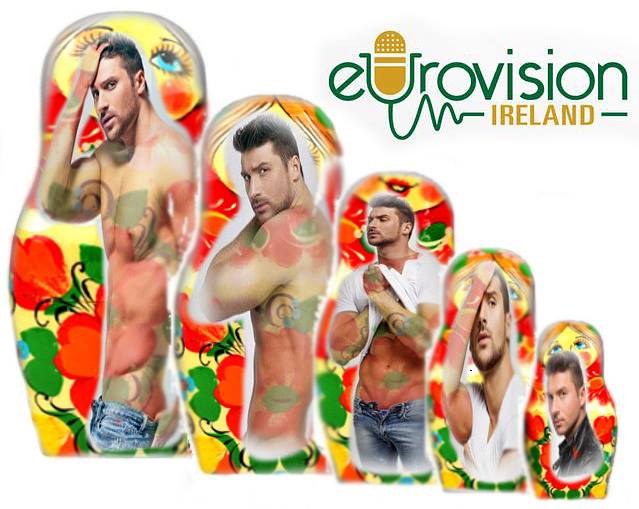 From Russia With Love

Sergey Lasarev has been chosen to represent Russia at Eurovision 2016 in Stockholm. While his song has not yet been made known, Sergey is no stranger to the world of entertainment and has a huge following in his home country and beyond. Here are 10 top facts to get you acquainted with Sergey.

While it’s true that Sergey was born on April 1st 1983, he is certainly no fool, as his many achievements and awards can show.

As a child, Sergey studied artistic gymnastics from age 6 to 9, before turning his talents to acting and singing.

Sergey was a member of musical groups Neposedi and The Fidgets, making many appearances on Russian TV programmes and contests.

After graduating from Moscow’s famous Mkhat Theatre School in 2004, Sergey has pursued a fruitful acting career, winning several awards for his performances.

Along with his friend, Vlad Topalov, Sergey formed ‘Smash’ in 2002. They released their first single ‘Belle’ in October 2002 and the video for the song was top of MTV Russia’s charts for six months.

Smash’s debut album ‘Freeway’ sold over a million copies across Russia and other nations of the former USSR.

After Smash split up, weeks after the release of their second album, 2nite, Sergey continued to pursue a solo career. His debut solo album ‘Don’t Be Fake’ was released in 2005 and sold over 300,000 copies in Russia alone.

In 2008, Sergey participated in the Russian qualifiers for the Eurovision but came 4th. Russian pop star, Dima Bilan represented Russia that year.

Sergey adopted his beloved dog, Daisy from a shelter and regularly posts pictures of her on Instagram.

In an interview on Super.ru Sergey admits that he is a big fan of shoes and owns many pairs. He also loves his colognes, citing Hermes and Dior as two of his favourites. So if you get the chance to get up close and personal with him, he’s sure to smell great!

For more on Sergey Lasarev, check out his website HERE