Can you believe it! We are here at the Grand Final of possibly the closest Melodifestivalen Final in some years!

Yes 12 songs will compete tonight in the Grand Final in Stockholm to earn the right to represent Sweden at the Eurovision Song Contest 2015.

This one is too close to call in the Polls!

The show starts at 20:00 CET and you can watch it HERE on the SVT Site

You can follow our LIVE BLOG HERE – You know the drill by now. Just refresh the page for our live updates. You are in my (Garrett’s) hands tonight. I promise to be gentle and to have some fun with the commentary

Here we go Guys and Dolls!

I am so excited I could eat a FULL REINDEER and not just their Swedish Meatballs!

#OMG – Conchita is first on with Europe’s ‘Final Countdown’ Now a reprise of ‘Rise Like A Phoenix’ – The Swedes are #Unstoppable!

How do you follow that! Conchita has Star Power!

Ok these guys are huge in Sweden at the moment. For that reason I think it would be a shame to take them out of their natural habitat aka I don’t want them to win! They are like Sweden’s answer to Ant and Dec – they couldn’t sing either. Anyone who uses a Selfie Stick should be slapped with it in the next instalment of 50 Shades of Grey! Viktor is a successful Fashion Blogger – One should stick to their strengths 😉 This song is ‘Groupie Selfie’ that should be deleted from your phone and this contest. Tak for Kodak Memories Samir and Viktor
JTR – Building it up

What’s worse than someone singing out of tune – It’s 3 people singing out of tune. Sorry guys. I like the song but they are like a fine wine – they will get better with age (and some vocals lessons). What they lack in singing they make up for in energy! They are 3 Swedish Duracell Bunnies.
Dinah Nah – Make me La la la

Nah is a slang word in Ireland for ‘No’ – so who am I to argue with the lovely Dinah. This is like 2 different songs mashed together. I like the edgier chorus techno vibe. That is classic Dr Alban but the verses are ‘La La La Laborious’. Is it me or does Dinah look like she could be Ace Wilder’s Mom! Not a winner but I had by booty a bopping on the chair here!
Jon Henrik Fjällgren – Jag är fri (Manne Leam Frijje)

Game on! The contest has started! Jon Henrik has a killer smile and a song that is unique and completely different from anything else in tonight’s final. This song is what Eurovision needs and brings a great flair to the show. I could happily wave a Swedish flag in Vienna if this goes through. The Floating Kate Bush singers look amazing and this just ticks so many winners boxes!

This is a Eurovision winner – if we were back in the 1990’s. A stunning vocal from Jessica and a well crafted song. However will this get many votes across all aged voters? I think it could struggle. However what Jessica did was to put a song in between the 2 favourites – Jon Henrik and Måns Zelmerlöw. My adrenaline would have gone OTT if they were back to back. Thank you Jessica
Måns Zelmerlöw – Heroes

Tak Tak Tak Måns. That was #Amazing! What is not to like. He looks good, He sounds epic, He danced his socks off AND He’s in LEATHER! That is enough for me! 12 Points! The audience were on their feet and almost blocking the camera – they (like me) were so into this song. Sweden you could have your 6th Eurovision winner on your hands #JustSaying
Linus Svenning – Forever starts today 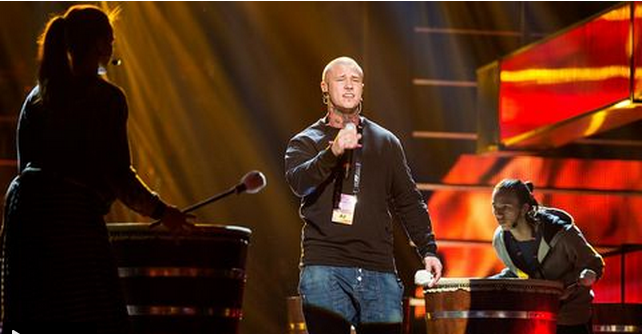 Linus should have made the Grand Final directly however he went through the Andra Chansen round and rightly made it to tonight’s show. Love his voice and loved it last year too with his huge hot ‘Broder’. Watch this song do very well again this year and I think the International Juries will like this! I would happily see this at Eurovision too but I don’t think this year.
Isa – Don’t stop

‘Shake it off – Shake it Off’ Schlager style. This was a song that I was not a fan when it was in the heats but it has grown on me – like my waistline! However the comparisons with Taylor Swift and Ace Wilder just won’t go away. That could haunt Isa at Eurovision. I think we can safely say that this will not be going to Vienna but could make it to my iTunes playlist in a few months time
Magnus Carlsson – Möt mig i gamla stan

Some classic Schlager and we love Magnus for bringing it to the Final. This is your classic Melodifestivalen song and is already a hit in Sweden. This would make the final in Vienna but I think it would be mid table after the votes. I enjoyed it but not a winner. I want to see Magnus and Alcazar team up again for MF!
Eric Saade – Sting

If it ‘Stings’ then I suggest you go to the Doctor Eric! If you leave the problem unattended it will just get worse. However I felt no pain in that ‘Call Me Maybe’ song! You cannot write Eric off in winning this contest. He has the most social media followers of all the contestants so you just have to ask if they will vote tonight. Eric gave a flawless performance. Look he hasn’t got the best voice in the world but he is the showman. This will be close for the win!
Mariette – Don’t stop believing 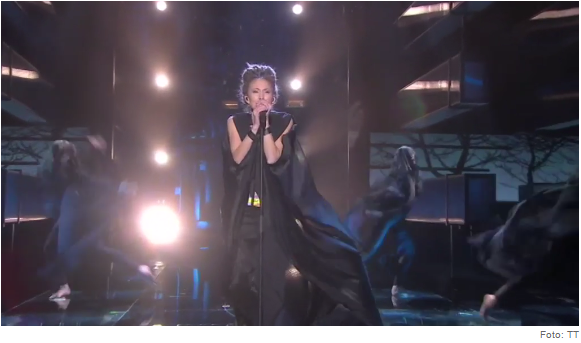 People keep saying that this year’s Eurovision is full of ballads but I say that there are few in the contest that could touch this song. This is classy and edgy at the same time. I seriously think that Sweden have found a new star in this year’s Melodifestivalen. I can see this scoring very well with the Juries. If there were not so many big hitting names in the contest this year I would have this as my winner. I think is in with a chance here but I think she will come 3rd – but what a CRACKING show. You Go Girl!
Hasse Andersson – Guld och gröna skogar 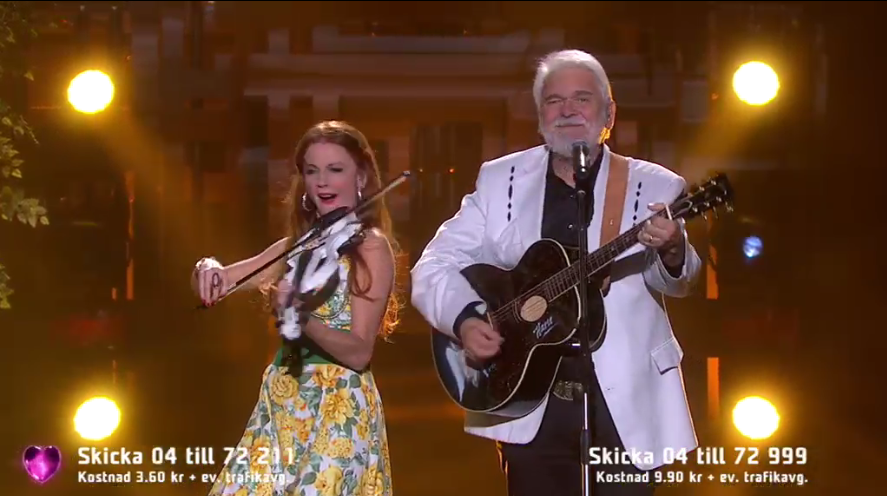 Yipee! Love it! This is old school Schlager. This is your cuddly Daddy singing at a wedding. You just want to link arms and dance around the floor. This is a song that is enjoyed with a few expensive Swedish beers! Not everyone’s taste but I enjoyed it. Not a winner but will score well in the Public Vote.

What does the fox say? Well he says can we have some votes from Norway this year. Yes Christer Bjorkman brings Norway’s musical/comedy duo to the stage.

Here are the results after the Jury Vote

Now a repeat of the Televote numbers! The Public vote comes in.

It came down to Mans and Jon Henrik.

Mans Zelmerlow wins Melodifestivalen 2015 with the song ‘Heroes’ and will represent Sweden at Eurovision.

Did Sweden make the right decision? Can Sweden win Eurovision for the 6th time? Let us know.