Slovenia : We meet the Contestants for Eurovision 2015 in Slovenia plus some potential news

Slovenia: RTVSLO announced who will participate at EMA 2015

At today’s special press conference, organised by RTVSLO, Slovenian broadcaster revealed theier working programme and plans for 2015 and the 8 participants, who will compete in national final for Eurovision ticket in Vienna. Unfortunately artists weren’t there, editor-in-chief for entertainment, Mario Galunič, revealed all the names, so Eurovision Ireland will present you all of them, just to meet them, before the national final actually begins.

ALYA & NENO BELAN – This collaboration was made especially for EMA. Neno Belan is a Croatian singer, born in Split. There’s huge musicial history behind him – 12 studio albums, 4 compilation albums and 1 live recorded album. Neno also participated in the Croatian national final for Eurovision, Dora 1994, he finished 14th. Alya started with her music career back in 2002, she released 3 studio albums and 18 singles. The energetic Slovenian singer also participated in EMA five times already – 2003, 2004, 2005, 2007, 2009, with best result in 2004, when she finished 3rd. Alya is also part of the official anthem for handball championship in Qatar 2015, together with few other (ex) Eurovision performers. 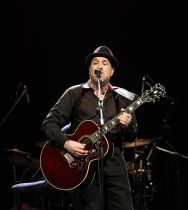 I.C.E. Their story started back there in 2005, when lead singer Renata wanted to make her own solo career, but she needed a band. After few rehearsals they all decide that they would continue together, as a band. They released one album, 8 singles and 4 music videos. After few years break, they are back, with their brand new single, which will be performed on EMA 2015. 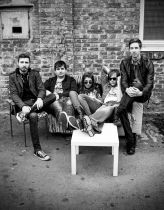 JANA ŠUŠTERŠIČ The recent winner of Slovenia Got Talent, Jana Šušteršič, is one of biggest surprises of this years Eurovision preselection in Slovenia. There are some rumours that the composer of her EMA entry will be Andrej Babić, composer of 2007 Slovenian Eurovision entry, “Cvet z juga“, performed by Alenka Gotar. She was also a member of the succesful rock band from Belgrade, called Neverne Bebe (trans. The Unfaithful Babies).

MARAAYA – Succesful producers and vocal coaches, Raay and Marjetka, formed the duo Maraaya at the end of the last year. They released the huge radio hit, called “Lovin’ Me” and attacked all the radio stations in Slovenia, Italy and all around the Europe. They collaborate with ‘Dance & Love label’, which was found by succesful Italian DJ and producer, Gabry Ponte. Maraaya also co-composed 2014 Slovenian entry for Junior Eurovision Song Contest, “Nisi sam / Your Light”, performed by Ula Ložar. Raay is one of the biggest producers in Slovenia, he composed “Round and Round”, performed by Tinkara Kovač (Slovenian entry for Eurovision 2014) and many songs for EMA in the past, as well.

MARTINA MAJERLE – Martina Majerle is a Croatian singer, well-known by many fans at Eurovision. Her first step on the Eurovision stage she made back in 2003, when she was backing singer for Croatian Claudia Beni, the very next one was Eurovision 2007, when she performed as a backing singer again, this time with Alenka Gotar for Slovenia, next year with Stefan Filipović for Montenegro (again as a backup singer), but when Eurovision moved to Russia, in 2009, she finally represented Slovenia, as a lead vocal, along with Quartissimo, with their entry “Love Symphony”. Two years later she made her comeback with the Slovenian delegation as a backup singer in 2011, the same story happened with Eva Boto (Slovenia 2012), and in 2014 for Montenegro, together with Sergej Ćetković. Is it time to see her again as a lead vocal?

RUDI BUČAR – Just like Martina Majerle in 2007, Rudi also performed as a backing singer in Helsinki, but two years later he made his début on EMA 2009, together with Alya, with the song “Zadnji dan” (Last day), and they finished 4th. In 2014, in the year, when he won 2 of 3 festivals in Slovenia, where he competed, he also participated in EMA 2014 with the band Elevators.

TIM KORES – KORI 25 years old Tim Kores, known by his stage name Kori, is member of one of most popular boybands in Slovenia, called In&Out. They were formed in the 2012 auditions of X-Factor, they released their first album in 2014, called “Valovi” (eng. “Waves”). Even though they are still performing together as a band, two of members are also working on their solo careers.

Can Slovenia count on young and talented singers, just like Kori? Will the artists with Eurovision experience make it to Vienna? Is this the year the Slovenia wins the contest?