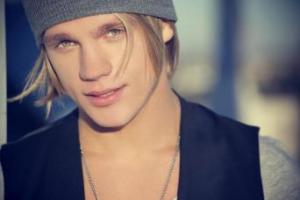 Eduard Romanyuta has been a finalist in the Ukrainian Eurovision selection on 3 occasions (2011-2013). He is hoping that NTU (Ukrainian National Broadcaster) will revert their decision to not attend Eurovision 2015. Why is that?

Well the answer is that the singer has a song called ‘I Want Your Love’ already recorded for the contest. Furthermore he has worked on the song with producers that have collaborated with Pop Queen Britney Spears.

Romanyuta confirmed that he has written ‘I Want Your Love’ with Erik Lewander from Sweden, Hayley Aitken from Australia and Tom Andrews. Tom Andrews is the British singer-songwriter that is signed to American comedienne and chat show host Ellen DeGeneres’ record label ‘eleveneleven’.

Between the above mentioned team they have written and produced with Britney Spears, Sarah Connor through to RedOne. RedOne was the co-writer of Russia’s 2011 Eurovision entry ‘Get You’ performed by Alexey Vorobyov.

Romanyuta revealed in an interview that he had already auditioned backing vocalists for his hopeful Eurovision entry earlier in the year and that the choreography was headed up by Alexander Bobik.

We have already reported that Ukrainian producer Timofey Nagorny has offered to potentially fund NTU’s entry in Vienna. Time will tell but Eduard Romanyuta has his song ready and waiting for Eurovision 2015 should the opportunity comes his way.