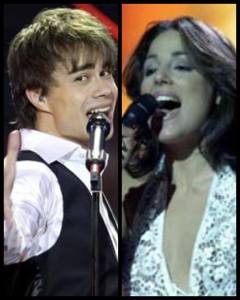 Malta is fast becoming the epicentre of all things Eurovision. They have their highly anticipated MESC or Eurovision 2015 national selection fast approaching. This year could see the possibility of 2 Eurovision big hitters facing off against each other – Alexander Rybak (2009 Winner) and Ira Losco (2002 Runner-Up).

October 3rd is the date when PBS (Maltese National Broadcaster) will announce the 20 successful acts that have qualified for the Semi-Finals of MESC. The popular Friday night show ‘Xarabank’ will again announce the lucky artists that will compete in the semi-final and then final on November 22nd.

Alexander Rybak has already cconfirmed that he has written a song for Maltese singer Franklin and has entered it into MESC. Rybak is keen to return to Eurovision as a writer and he and Franklin could be that ticket. However Ira Losco is by far one of Malta’s best-loved and successful singers and speculation began of her possible return to Eurovision when she and Gianluca (Malta 2013) co-hosted MESC. Our roving reported John Stanton even questioned Losco on the topic back in February of this year after MESC 2014.

Rybak versus Losco – now that is a mouth-watering contest! We will know if this match is on the cards on October 3rd. Stay tuned for more information as the Eurovision Ireland Team will be coming live to you from Malta for the week of MESC!