FINLAND – Congratulations to Tuomo of Softengine as He Graduates From Highschool

FINLAND – It was no secret that we were big fans of Softengine at Eurovision 2014 and we felt the need to take them under our wing in Copenhagen, a tough job but someone had to do it! But they are growing up so fast!

Yesterday was a big day for one of the band members – Tuomo – had his Graduation Party from High School. Yes you will remember that the Eurovision guys are in fact that young and I feel that OLD!

The boys actually scrub up pretty well. Congratulations Tuomo! In case you don’t know but Tuomo is the highly energetic drum player of the band.

What have the Softengine guys been up to since Eurovision? Well many will remember they told us in Copenhagen that they had recorded their follow-up song called ‘Yellow House’ and they explained what the song is about to us. They are putting the finishing touches to the video for the song as we speak. 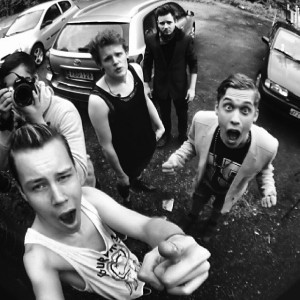 The guys are busy preparing for their upcoming Helsinki gig on June 13th in ‘LeBonk’ (what a great name for a concert venue if I say so). You can get your tickets HERE

Softengine are one of this year’s acts that we predict big things for in the future. What do you think?