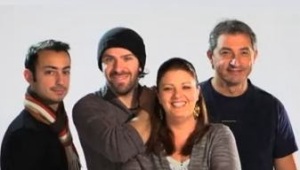 The sun is out and it must be due to the fact that we received this ray of sunshine from Malta’s Firelight today. Yes the guys from Firelight sent us this video message wishing the readers of Eurovision Ireland and Kasey & Can-Linn good luck at Eurovision. They even treated us to a few bars of their Eurovision entry “Coming Home”

Firelight sound great and we know that Kasey is a fan of their song “Coming Home” – well actually you will see that in the coming weeks.

Malta will be performing in the second semi final at Eurovision this year on May 8th. Ireland is also in that semi final – so let’s call it “Island Solidarity” 😉

Tell us what you think of both songs?

Can they make the Grand Final?