RUSSIA : Dima Bilan caught with his pants down! 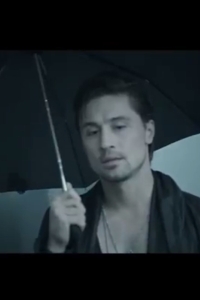 2008 Eurovision winner Dima Bilan, has been caught with his pants down. Yes he has cheated on model Olga Rudyka – who won the title “Playmate Of The Year” – well in the new video for his earlier song “Malysh/Baby”.

The video for the song Malysh is the story of a tempestuous love affair that goes terribly wrong. Dima takes heavily to the bottle as he reminisces on his lost love. Dima’s love interest in the video is Olga Rudyka (Playmate of the Year). The extras in the video were Bilan Fans who answered an open call to appear in his video. Keep a close eye on the blonde girl in the video – the Femme Fatale – she steals the show.

A mid tempo rock ballad that did not grab my initial attention, but after several listens, it is a more sophisticated sound for Bilan. It will no doubt be a massive hit in Russia and the surrounding countries.