Eurovision 2014 – Gets the Hollywood Treatment 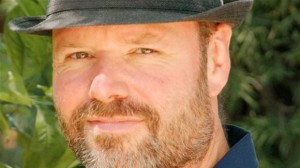 Per Zachariassen has been announced as Senior Producer of Eurovision 2014 by Danis Broadcaster DR. Photograph courtesy of .www.vagaportal.fo

Danish Broadcaster is taking the Hollywood route for Eurovision 2014 as they announce Producer and Director Per Zachariassen as the executive producer for the Eurovision Song Contest 2014.

Per Zachariassen comes to Eurovision with 20 years of broadcasting experience as a producer, director and television developer. He has been based in Los Angles for almost 3 years now working for the TV Entertainment Giant Freemantle Media in the United States – which is the company behind many TV hits from American Idol, America’s Got Talent to The X-Factor.

Per Zachariassen trained as a television director at the Danish Film School. When in Denmark he worked on shows like X-Factor and Talent. He has also been involved in the Danish Melodi Grand Prix, and in 2009 he was part of the Danish delegation at the Eurovision Song Contest in Moscow.

“I am looking very much forward to being part of the team behind the Eurovision Song Contest in Denmark. Grand Prix is ​​not just one of the world’s biggest TV shows, it is also one of the oldest living television concepts and an integral part Europe’s television history. I am proud to have the opportunity to put a finger on the show and taking pleasure in the great challenge, “says Per Zachariassen and continues:” I have for many years enjoyed a great partnership with DR and looks forward to working with both Pernille Gaardbo and Jan Lagermand Lundme. I am sure that together with the rest of the giant team to handle the job, will deliver a world class show. ”

So what will Per’s responsibilities be? Well literally “everything” from set design to video postcard from the participating countries to graphics and the interval acts at Eurovision 2014 – amongst many other things.

“To create one of the world’s biggest TV shows, some of the world’s best people, and there is no doubt that Per Zachariassen just one of the best in the industry. Per has in addition to a huge great experience with great entertainment shows also a rarely seen ability to combine the traditional with creative renewal. In a show like the Grand  Prix, where a large part of the frame is a foregone conclusion, it is an invaluable skills to be able to see the possibilities in the set framework rather than limitations, “says Jan Lagermand Lundme.

One gets the feeling that with such an experienced now in the role that Denmark may possibly want to make the show bigger than that of Malmo – which may be bad news for some of the smaller cities in the running to host the contest next year. Time will tell.