Armenian Entrants – “Dorians” will perform live in Copenhagen on May 10th 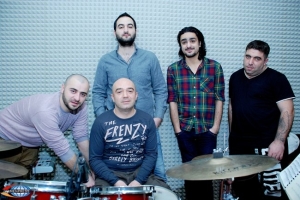 Dorians – Who will represent Armenia at Eurovision 2013. Photograph courtesy of Armenpress.com

Armenia Eurovision Entrants “Dorians” have announced that they will play a live show in Copenhagen in the run up to the Eurovision Semi Finals. The band will make the short trip from Malmo to Copenhagen and perform in “The Amager Bio Club” which is one of the largest Concert squares in the Danish capital Copenhagen.

The concert will take place on May 10th and will be a collaboration between the Armenian Embassy in Denmark and the National Armenian TV Broadcaster. The tickets will be 100 Danish Kroner or €13.50 – which is a steal – and can be purchased at the Amager Bio Club Official website below