Melodifestivalen is going to get even more exciting with the news that 2 veterans of the contest are to return to the show as part of the Interval Acts for the upcoming weeks. Alcazar (eternal fan favourites) and Carola (Eurovision Winner) will grace the stage of the remaining shows.

Alcazar have to be one of the acst that have competed at Melodifestivalen so many times and were fan favourites to make it to Eurovision. From their European hit “Crying at the Discoteque” they went on to numerous attempts to win Melodifestivalen

Their 3 Melodifestivalen songs that we love here at Eurovision Ireland are “Stay The Night”, “Headlines” and “Alcastar” – All of which we were stunned never made it to Eurovision as this band just screams ESC HEAVEN to us

and how could you forget this one from 2005. Anyone who emerges from a giant glitter ball gets our 12 points! 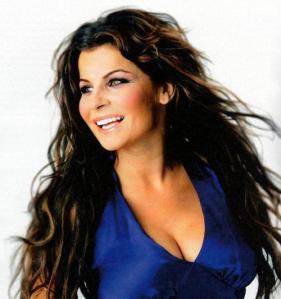 Not content to just give us Alcazar, SVT will bring out 3 time Eurovision contestant and Eurovision Winner Carola for your entertainment. We believe that Carola will be performing at the Grand final of Melodifestivalen that is fast approaching.

This brought Sweden a 3rd place finish. Not content with that, Carola vowed to return and return she did in 1991 in one of the most dramatic voting sequences of Eurovision history where she tied with France for the title. However on count back rules Carola was deemed the winner.

Carola will be celebrating her 30th year in Swedish Entertainment and hence Melodifestivalen want to reward her with providing the Interval Act at the Melodifestivalen final this year, which is the most watch television show in the Swedish Calender.

So expect Melodifestivalen to be a walk down memory lane for the next 3 weekends. Enjoy

(All YouTube Owners are embedded in the clips displayed)