Do my eyes deceive me? Have I read this correct? Is the BBC allowing the Great British Public to select their song for Eurovision 2016? UK Newspaper The Daily Express is now reporting that the UK entry for Eurovision 2016 will be selected by the public in a […]

Eurovision Singer Battles for a place on the UK X-Factor Show – But Who?

MACEDONIA : Grammy Winners from ‘Blackstreet’ will join Daniel Kajmakoski on stage at Eurovision

MACEDONIA : Grammy Winners from ‘Blackstreet’ will join Daniel Kajmakoski on stage at Eurovision THUMP – That is the sound of me fainting and falling to the floor! Macedonia’s Daniel Kajmakoski was planning something BIG when he visited the American Embassy in Vienna last week but #BuildingBridges just got […]

MACEDONIA : Video Interview with Daniel Kajmakoski at Eurovision in Concert

We get ‘No Diggity’ with the one and only ‘Autumn Leaves’ Daniel Kajmakoski from Macedonia at Eurovision in Concert. We always have fun when we meet Daniel as he always surprises us with his plans. We caught up with him in Amsterdam over the weekend. Not only that but […] 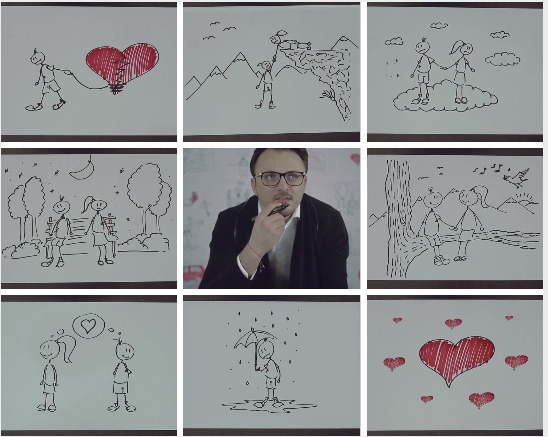 MACEDONIA : Daniel Kajmakoski blossoms with his animated video for ‘Autumn Leaves’ We are pretty sure that Daniel painted his way into the hearts of many of his fans today with the release of his official video for Eurovision 2015. Daniel will indeed be performing in English and […]

AUSTRALIA : 10 Important Facts on Guy Sebastian you need to know before Eurovision 2015

AUSTRALIA : 10 Important Facts on Guy Sebastian you need to know before Eurovision 2015 SBS (Australian National Broadcaster) has announced that Guy Sebastian will represent Australia at Eurovision 2015. Well done to our Girl Emma Backfish from the FAB Radio Show Meanwhile in Europe who predicted Guy on […]

MOLDOVA : First Finalists decided for Eurovision 2015 selection   Tonight Moldova had their first semi-final of O Melodi Pentru Europa 2015 After the jury and televote was completed 7 acts went through to the Final     Diana Brescan – ‘Up and down’ Eduard Romanyuta – ‘I want […]

Georgia are in it to Win it as they assemble their Eurovision A-Team. We all knew it and it will come to pass. With Georgia this year it looks as if they are going to be like Ukraine and pull out an amazing stage performance on the Eurovision […]

DENMARK : Official Videos for the 10 Acts at Dansk Grand Prix 2015 Released for Eurovision 2015

DENMARK : Videos for the 10 Acts at Dansk Grand Prix 2015 ‘Officially Released’ The Best ‘worst kept secret’ ever as we already knew the 10 acts of the Danish Eurovision 2015 selection slightly ahead of time. The lovely people at DR have recorded the videos for each […]

Ireland : Mary Byrne not in the Irish Eurovision Selection Final

Speaking out today the former X-Factor sing Mary Byrne has confirmed that she has not made it to the final of the Irish Eurovision selection for 2015. Her song ‘The Storm’ was composed by Karl Broderick who you know from Eurovision 2005 as he composed the Irish entry […]

Moldova : Videos of Kitty Brucknell and Sunstroke Project make the Live Semi Finals for Eurovision 2015 Selection TRM (Moldovan National Broadcaster) held their live auditions for their Eurovision 2015 selection. They reduced 50 acts to their Top 24 who will enter the semi-finals for ‘O melodie pentru […]