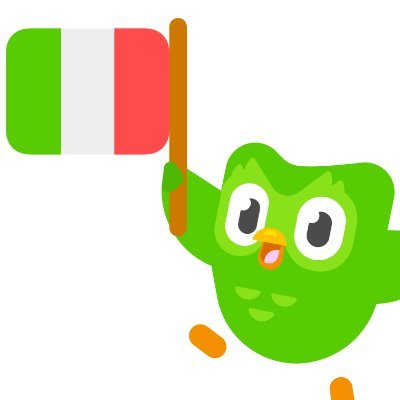 There are many good reasons to learn a language… to make travel more enriching, to boost your CV, to be able to speak to friends, family and co-workers more easily… now we can add loving the winner the Eurovision Song Contest to this list! According to Duolingo’s Twitter […]

It’s the day all of us at Eurovision Ireland have been waiting for – the first official announcement regarding Ireland’s song for the Eurovision Song Contest 2020! Philip McMahon, director of the theatre and entertainment company ThisIsPopBaby, announced today on Twitter that he would be the Creative Director […]

#NORWAY – JOWST says he wants to compose another Eurovision entry… for the #UK!

Eurovision 2018 may still be fresh in our minds, but that hasn’t stopped organisers and artists looking ahead to next year! After coming 10th in Kyiv for Norway in 2017 with Aleksander Walmann, music producer JOWST tweeted he wants to compose a Eurovision entry – but for the […]

Tonight Måns Zelmerlöw announced on Instagram that he and Ciara Janson are expecting a baby! We congratulate the couple and wish them lots of joy and happiness! This news is so exciting for all of us – Eurovision fans – that we decided to try and help the couple […]

Recently, Bulgaria’s official Eurovision Twitter account, BNT Eurovision BG (@bg_eurovision), announced that 6 acts have been shortlisted to represent the country at Eurovision this May. Tonight, they’ve tweeted again revealing a bit more info about their singers. Take a look at what they said! So another country is […]

SWEDEN : Live From The Red Carpet At Melodifestivalen Opening Ceremony on Snapchat

The Melodifestivalen Opening Ceremony is on NOW! #JoinUs live from the red Carpet in Stockholm now. We will be bringing you instant pictures from our ‘Eurovision Ireland – Snapchat’ account. #SNAPCHAT #ALERT – We're #LIVE at the #melfest Opening ceremony #NOW! #JoinUs at Eurovision Ireland on #Snapchat pic.twitter.com/LM5y3zbFy0 […] 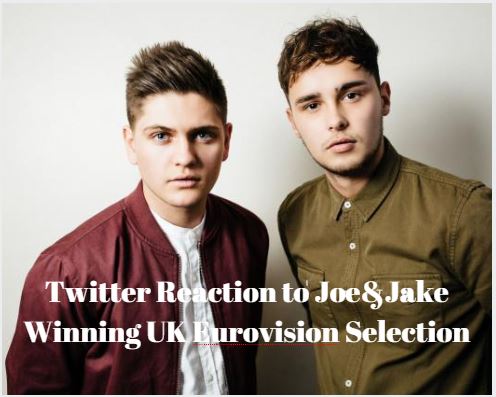 ‘The new PJ & Duncan’ some say but what has twitter said tonight about Joe & Jake going to Eurovision for the UK? The handsome duo may not have won ‘The Voice’ but they are going onto a bigger stage in Stockholm. Joe & Jake will bring their […]

Twitter reactions to the official announcement that Nicky Byrne has been selected to represent Ireland at Eurovision 2016 have been fast and furious. So let’s see what the reaction has been PLUS remember to vote in our International Poll on what points you want to award Nicky for […]

Ever since Jan Ola Sand took a ‘Selfie’ at Eurovision in Copenhagen he has embraced social media like a Maltese Nun embracing an all important Eurovision key change! Love it! So when Jon Ola tweeted last night the number ’39’ he started a wild-fire of speculation. Loving your […]

The young singer that many did not know of a few weeks ago has seemingly made Eurovision in the UK cool again as she signs a record deal! Yes the UK’s representative at Eurovision 2014 – Molly – has seemingly just signed a recording contract with giants Warner […]

The World will be coming to terms with the sad news of Nelson Mandela’s death in South Africa. Many Eurovision Winners, Performers, Writers and Commentators have been paying their respects to this great man on Twitter. For some, our first tweet comes from British Singer Labi Siffre […]