It would seem that the Swiss Cuckoo Clock failed to wake up SRF (Swiss National Broadcaster) as they have fallen asleep on the job with their Eurovision 2016 National Selection process and not realise that Eric Saade entered a song! Eric Saade appears to have submitted an entry […]

Sweden : Can the ‘Manboy’ be ‘Popular’ again at Eurovision 2015? Eric Saade rumoured for Melodifestivalen 2015

Sweden – Can the ‘Manboy’ be ‘Popular’ again at Eurovision 2015? Eric Saade rumoured for Melodifestivalen 2015 according to Swedish agency Aftonbladet. They paper reports that the 2011 ‘Popular’ singer is one of the 28 acts to be announced next Monday and Tuesday as a contestant in Melodifestivalen 2015. […]

Eric Saade tried to convince us he was a “ManBoy” in 2010 and then proved he was “Popular” in 2011 and he managed to “hashtag” Petra Mede at Eurovision this year – like his new song “Boomerang”, he just keeps coming back to us. “Boomerang” is not your […]

Sweden’s Eurovision 2011 representative and Green Room Presenter at Eurovision 2013 – Eric Saade performs the Women’s Football Championship Anthem “Winning Ground” unplugged. On recent Swedish daytime TV he took to the stage with his own football team of singers/band to perform an unplugged version of “Winning Ground”. […] 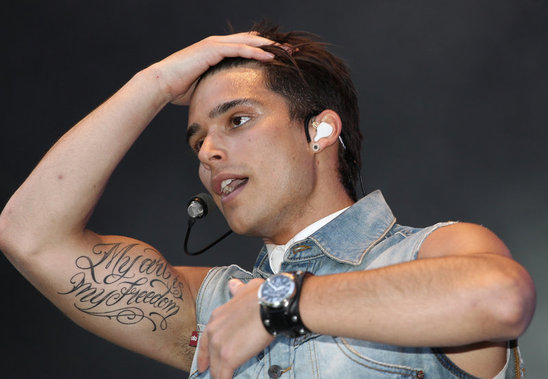 Eric Saade has just moments ago released the video for his new song “I’m Coming Home”. It is a pop song but not in the same Schlager sound as “Popular” or “Manboy”. “I’m coming home” is a mid tempo song with a strong guitar main melody running throughout […]