The Swiss broadcaster SRG SSR has released the names of the 6 acts competing for the chance to represent the country at the Eurovision Song Contest 2018. These artists will take part in Die Grosse Entscheidungsshow on February 4th, which will decide Switzerland’s next Eurovision singer through a mix […]

#Switzerland – TIMEBELLE: “Eurovision – Would be a dream come true” #Interview

The Swiss entry for the 2017 Eurovision Song Contest edition in Kiev, Ukraine will be selected through the national final ESC 2017 – Die Entscheidungsshow on 5 February 2017. The winning entry will be selected exclusively via a public televote from the 6 finalists revealed earlier this month. […]

SWITZERLAND: RYKKA will represent Switzerland at Eurovision 2016 – How do you rate her chances?

SWITZERLAND: Rykka will represent Switzerland at Eurovision 2016 – How do you rate her chances? If you were following our LIVE BLOG you will know that Rykka was the winner of ‘Die Entscheidungsshow’ in Switzerland tonight and has won the ticket to Stockholm in May. A joined jury/televote decided […]

SWITZERLAND: Live blog of Swiss selection show ‘Die Entscheidungsshow’ #JoinUs at 20:10 CET Tonight Switzerland will select their song to go to Stockholm for Eurovision Song Contest 2016. I will keep you entertained with my musing and observations of the evening’s performances. Check out our reviews earlier in […]

SWITZERLAND : Judge & Jury – We review the Swiss Finalists for Eurovision 2016

Cuckoo Cuckoo – Time for some Swiss Chocolate, Cheese and Eurovision The Swiss national final of ESC 2016 – Die Entscheidungsshow will take place on Saturday 13 February 2016 at the Bodensee Arena in Kreuzlingen. We will have a live rolling blog on the night from Elaine Dove […] 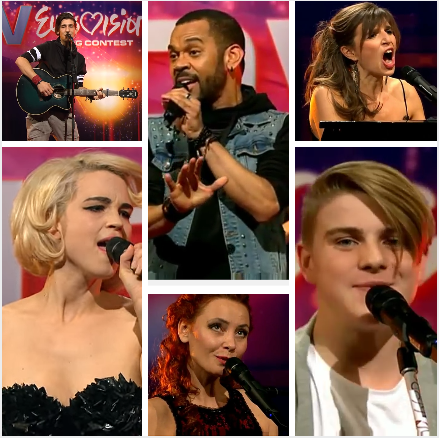 Switzerland yesterday held a marathon ‘Expert Check’ session where the 19 remaining acts competed for the 6 places in the Swiss National Final aka ‘Die Entscheidungsshow’. At times I said ‘Why?’ but I persevered. The 6 finalists Rykka – ‘The Last of our Kind‘ (SRF) Swiss-German Vincent Gross […] RESULT – Switzerland had the Grand Final of Die Entscheidungsshow tonight. In the show 6 acts competed for the Jury and Public Vote. When the votes were added the winner was Sebalter with the song “Hunter of Stars” Sebalter – Hunter of Stars Yasmina Hunzinger – I Still Believe […]