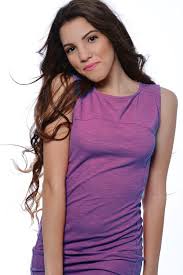 Well i’m glad no one asked! – Hi, I’m Mr Phil, you may know me from oneurope.co.uk – Europe’s leading Eurovision cheesery – but i’m often found doing a bit of reviewing here, usually for A Dal, but the boys let me off the leash tonight and as […]

The running order for the Junior Eurovision Song Contest, taking place in Tbilisi this coming Sunday at 16:00CET has been announced tonight after the Opening Ceremony. Georgia drew 9th, while Cyprus and Italy were randomly chosen as the first and last performers respectively. Unlike previous years, there was […]

It’s just under 2 weeks until the Junior Eurovision Song Contest, live from the Georgian capital Tbilisi! The songs are picked, they’re setting up the venue, so now the question on everybody’s lips… who is going to win Junior Eurovision 2017? Well, of course we want to know! […]

Prediction for JESC 2016 from the team at EurovisionIreland

Well today is the day when we will find out the winner of Junior Eurovision live from Valletta. The show has been moved to a Sunday for the first time and has an afternoon start at 16.00 CET. Two of our team are here in Malta and the […]

JESC16 – Day 4 rehearsals…. A bit like your postal system

….always a day late, but bringing you all the good stuff…. or Spam, depending how you look at it.    Planet work was a bit poo yesterday and I was properly ill too ( though not like Andrew) so I took the evening off…..  Glad i’m raring to […]

Join me, Richard, to bring you all the action from today’s first dress rehearsal here in Valletta and all of the participating nations take part for the first time in the same day. If you don’t know the drill, come back from 10:00CET/09:00GMT and refresh the page on a regular basis […]

So Day 3 in the Junior Eurovision mothership has meant more SMS from Andrew and Richard who are “living la vida loca” in the MCC. And me? – I’m sat on Planet Work having arguments with people!! – It’s just like being at a Eurovision!! Poland Sadly no […]

Well whilst Andrew and Richard are reporting from a rather damp Malta ( my heart bleeds) – here on planet work, I get to write about what you lot have seen – If you looked at Youtube 😉   Russia. When I hear the first 30 seconds of […]

Andrew and I are here to bring you all the action from today’s rehearsals here in Valletta and the first eight participating nations. If you don’t know the drill, come back from 10:00CET/09:00GMT and refresh the page on a regular basis for all the updates. JOIN US HERE […]