Sweden– Join us today at 20:00 CET for our LIVE rolling blog of the third Semi Final 2018 of Melodifestivalen where 7 acts will compete for a place in the Final in Stockholm and hope to go on to represent their country in Eurovision 2018. The Semi Final is being beamed live from Malmo Arena in Malmo.  The host of the show will be David Lindgren after doing it also last year. He is ably assisted by Fredrik Svensson.

You can watch the show live here at 20:00 CET. Just refresh our page here to get the views, comments and points of view from Andrew Main who you will know from previous musings  here at Eurovision Ireland and his sparkling charm and witty repartee should keep you entertained… or bored to hell, who knows!! 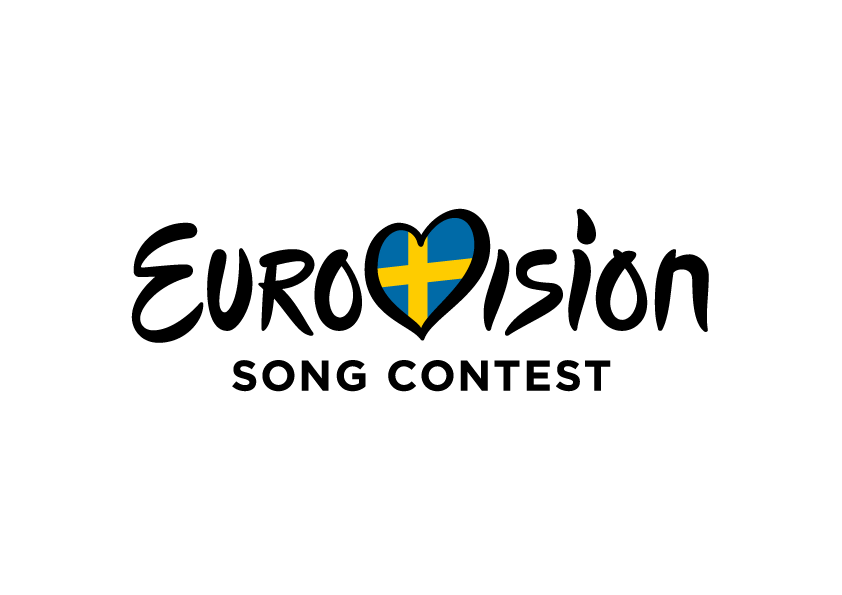 The 7 Acts tonight are 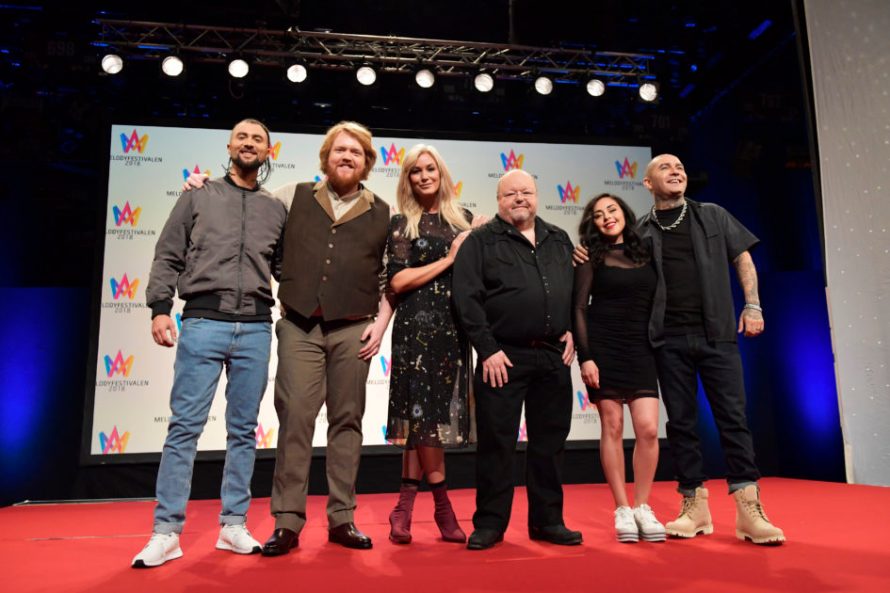 The results will be decided by public voting. Soon we will find out who will succeed in taking on the Swedish golden ticket from Robin Bengtsson who finished 5th in the Grand Final last year. 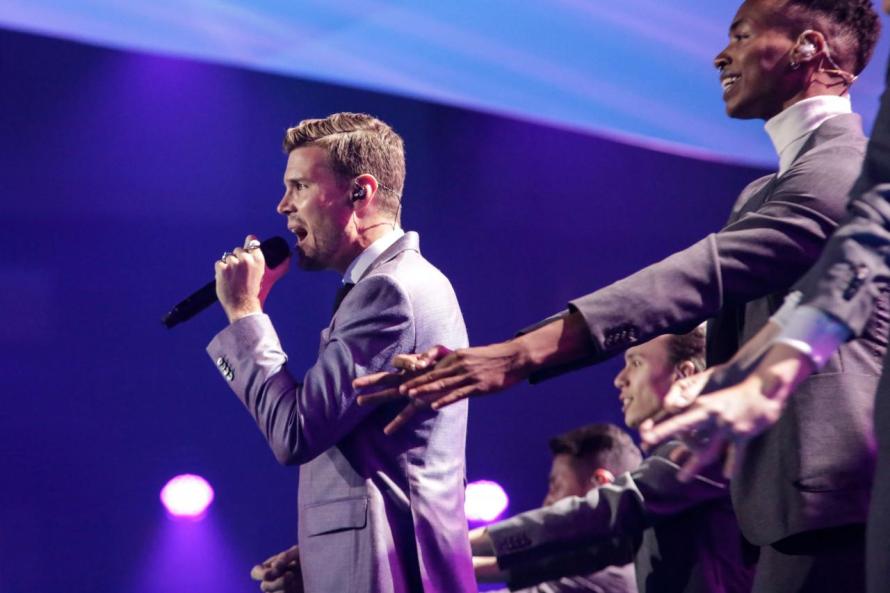 So sit back and get ready for Andrew to give you his spin on tonight’s offerings from Sweden – JUST REFRESH THE PAGE for the up to date comments – at your own risk!

So the show begins and welcome to Melodifestivalen 2018 from Malmo. David our host walks into a spotlight centre stage. He is telling us a story. No idea what its about. Then he breaks into song.

The song is called Livet En Drom. He has a young lad accompanying him with some slick dance moves. We say hello to the flamboyant Fab Freddie. He explains once again the procedure for tonight’s show. The young lad introduces tonight’s artists. 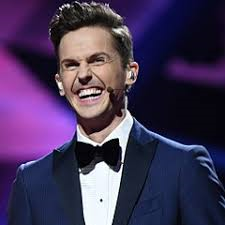 Up first is Martin Almgren with a fairly upbeat melodic guitar based song. The chorus is very uplifting almost anthemic. He is quite striking with his long red hair and bushy beard and wears a long charcoal grey coat of what looks like a green smock. A very confident performance to open the show. May have a chance to progress in the competition. 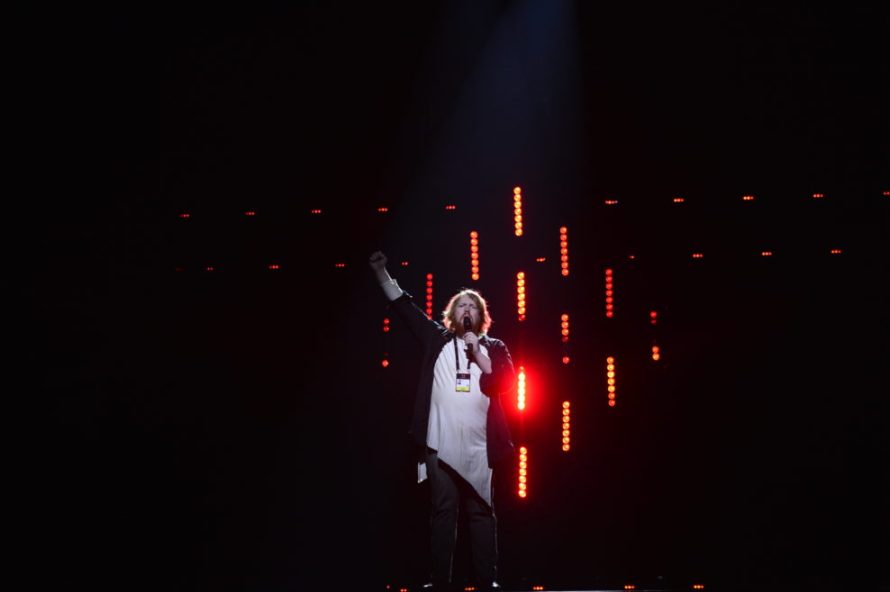 We are still waiting for a female singer to reach the Final. Can Barbi achieve that with her song? Lots of red lighting on stage. A promising start with a decent electronic beat. She is accompanied by some dancers. She has a decent voice and the song is very modern. It certainly has a fresh new unique feel to it. This is certainly good enough to progress. I like it a lot. 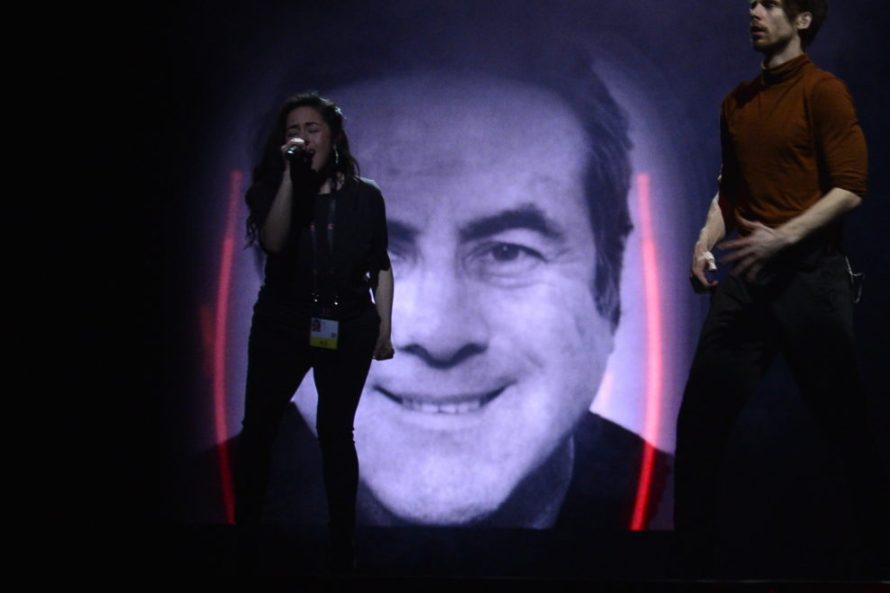 We now have very Latin Caribbean sounding song now, not surprising given the title. It is very happy and upbeat. He has 6 brightly clad dancers on stage with him. Nothing wrong with it to be honest but will the Swedish public choose such a song? It does have a key change in it and fairly bounces along to its conclusion. 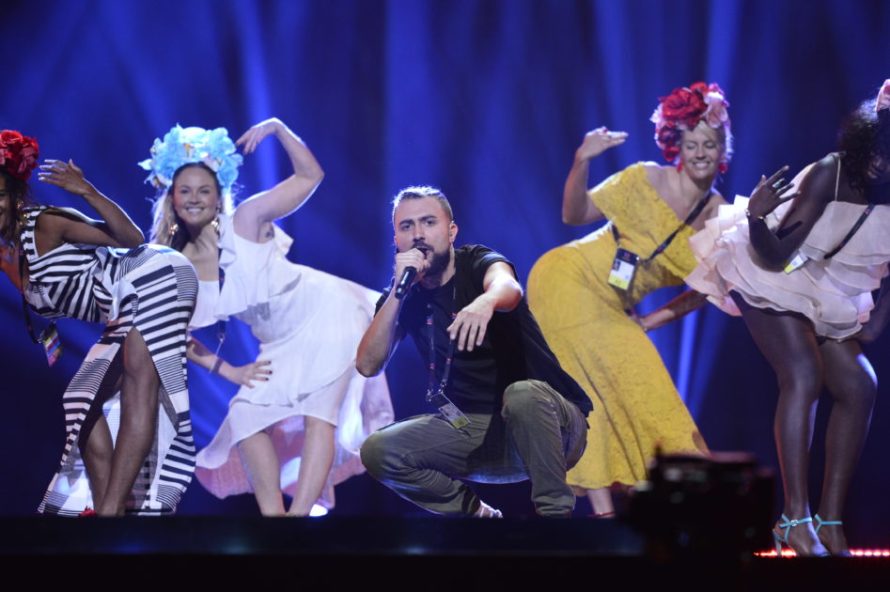 Another veteran of both Eurovision and Melodifestivalen. This is Jessica’s 5th or 6th attempt to win MF. The song has a very Abbaesque beat to it. The vocals are poor at the start but then kick in 100% better. This is harking back to Schlager days of old and I would normally love to see this go through. But Sweden seem to have fallen out of favour with the genre lately. Fingers crossed for Jessica. 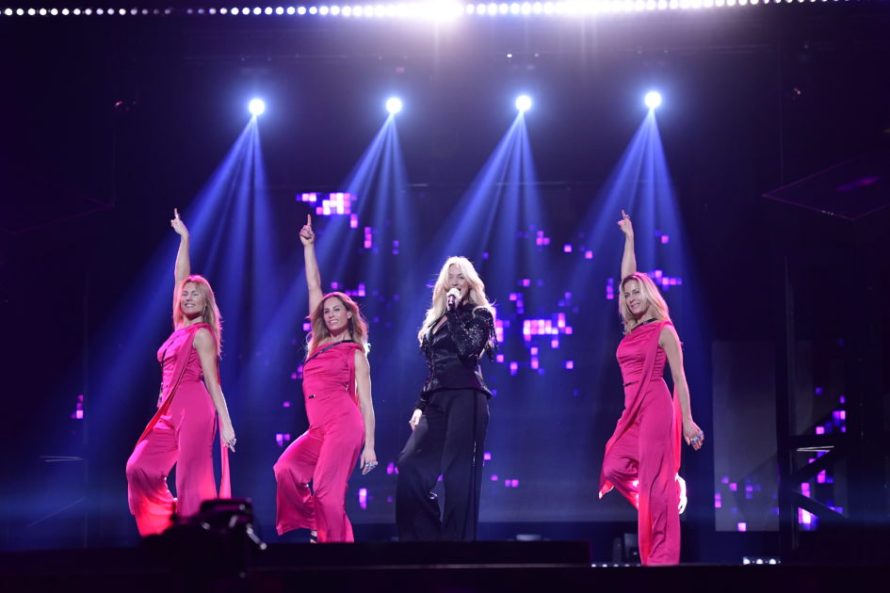 Now we have Kalle with his song sung in Swedish and written by Lord G:Son. Kalle stands in front of a floral arch with a red electric guitar in tow. He has 3 fiddlers with him and a pair of folk dancers. It is very old folk style Swedish fair. It is well done for it’s genre but fear it will not get the votes to progress but what do I know watch it win the whole darn thing. 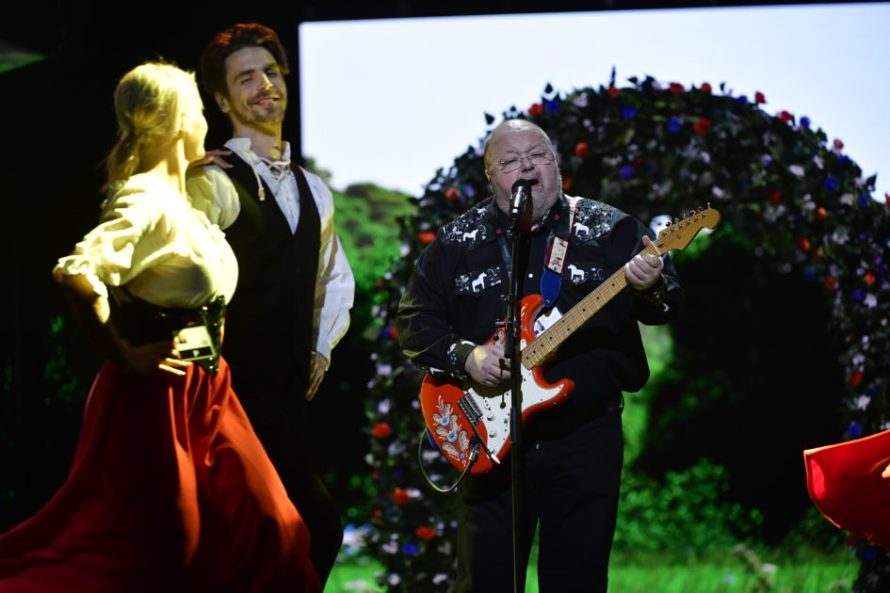 Another song part penned by the G:Son. This time we have Dotter dressed in black with a very dark staging. This is very unusual. It has a very modern feel to it but at the same time its weird style of vocals remind me somewhat of early Kate Bush. It has a heavy midtempo back beat that is a mixture of strings and synth. Not sure how this will do, Think its verging on one of those love hate songs. 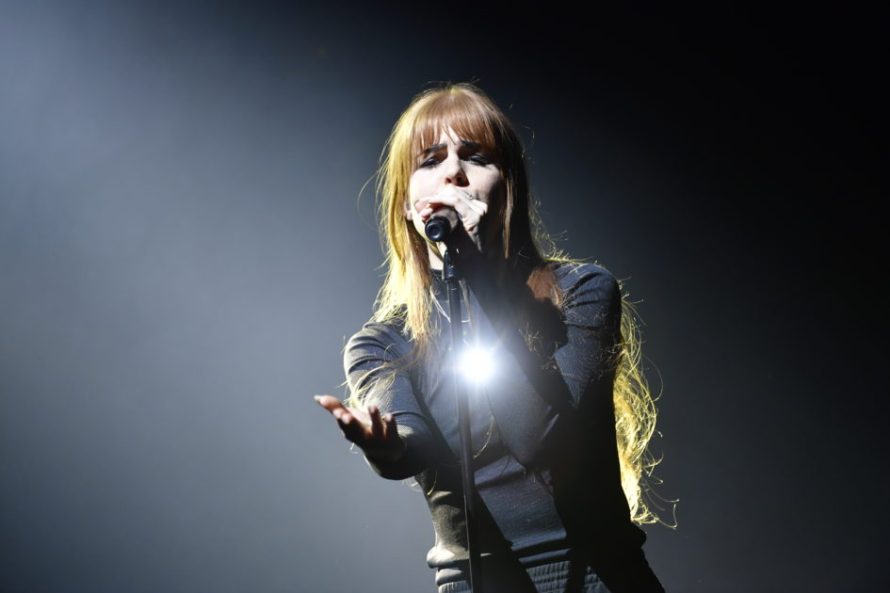 To finish off tonight we have Mr. tattoo himself Mendez. He appears from a fog. The song starts very slow and subdued. It moves up a few gears as he is joined on stage by dancers in big frocks. It is an interesting song for sure and has two highly different styles to it. Slow ballad in the verses then a big uptempo dance track in the chorus. Not sure his vocals alone are that great but he is saved by the backing vocals. It will probably sail into the final. 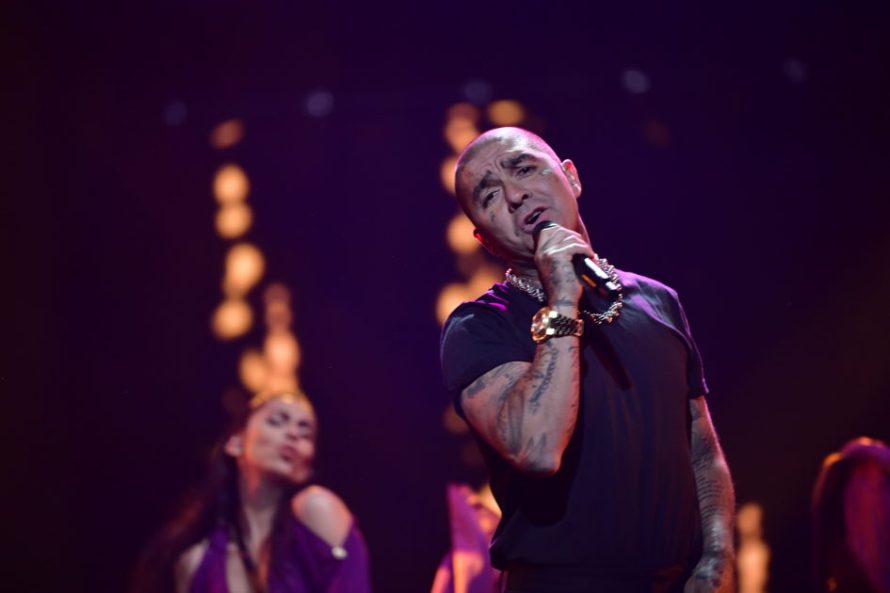 So there we have it all the songs tonight. We now will have a period where the public can vote and we are shown the voting numbers. Then we have a run through of all the songs.

While the votes are being counted we have Fab Freddie up dancing a routine with a couple of girls. It is like a mash up of various songs he is lip synching to.

We have the first result. The top 5 are Moncho, Kalle Moraeus & Orsa Spelman, Mendez, Martin Almgren and Jessica Andersson.

Dotter was 6th and  Barbi Escobar was 7th.

Another run through of the 5 songs left for another period of voting now.

Linnea the Swedish singer and songwriter is the interval act.

Kalle Moraeus & Orsa Spelman are 5th and leave the competition.

Yes Jessica is our first female in the Final. I am real pleased as it was my guilty favourite revealing my inner Abbaesque self. She sings her song to close the show.

thanks and good night from Scotland where I was home in Edinburgh for the first Saturday this year. Tune in next week when I will be reporting from London.

Did Sweden make the right choices why don’t you comment below?