What stage will Nicky Byrne, Barei, Zoe and 40 other artists be performing on in Stockholm? Here is your answer!

SVT have just released the first details and pictures of what the stage will look like at Eurovision 2016.

You can even watch a short VIDEO HERE

Viktor Brattström the set designer says “We want to test the boundaries and do something that makes people wonder how that’s even possible. We have a strong expression but is also flexible when the scene fit for 43 different grants, says for Eurovision.”

SVT want to create depth in their stage design

The floor itself will also be a focal part of the show where it will allow for dynamic lighting to be used to create the look and feel for each performance. 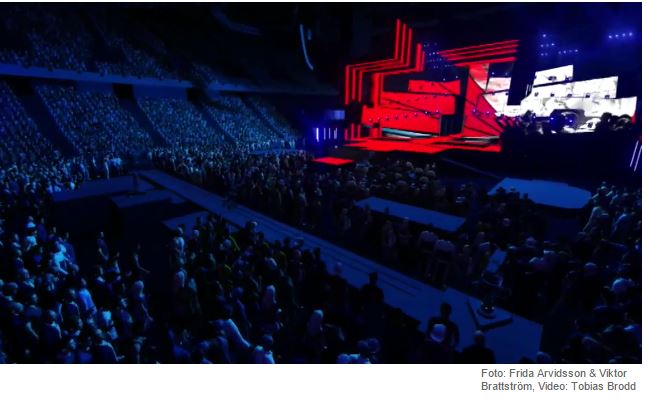 “It’s a terrific-looking scene, and something we have not seen before. In a way gives us the stage almost unlimited possibilities, while it forces us into new ways of thinking.Creatively, it is both challenging and inspiring”