EDITORIAL : Where Performance And Presentation Make A Good Song Great at Eurovision 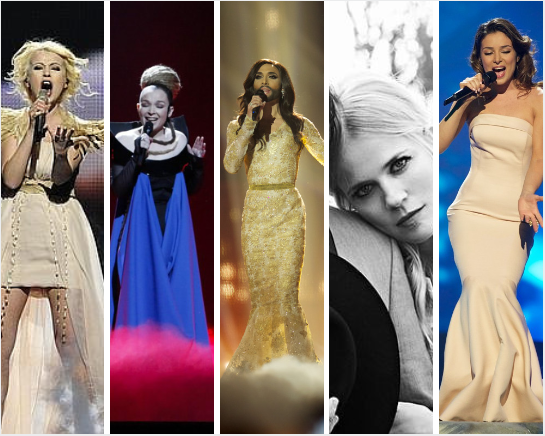 Where Performance And Presentation Make A Good Song Great at Eurovision

The majority of people would agree that the most important element in any entry to the Eurovision Song Contest is the actual song itself. After all that’s what the Contest was founded for and it’s in the name of the competition. However, many people forget another important element of the name – the “-vision” part of Eurovision. While the ESC was founded as a song contest in the style of Sanremo, it was founded in 1956 (and not 1946, or 1936) for a reason specific to that decade – to unite Europe through the new medium of live television broadcast technology. And we can’t forget the “live” part of the original rationale for the ESC either– it may be a song contest, but you’re also going have to come up with a singer for your song, who can perform in front of an audience and who can come across well on TV.

And it’s far more entertaining this way. If we wanted a “song” contest, all we would need to do is play MP3 files with a Windows Media Player background and get people to decide which song was best. Not something you’d really want to stay in on a Saturday night for. A song’s particular performance or presentation, or both, at the Eurovision Song Contest, is not only entertaining but can make an average song a winner.

By bringing the “vision” element into the equation, people are required to use their imagination and artistic talent to find the perfect balance and synergy between song and presentation. In one sense, the limits imposed by the nature of the live Contest itself and the EBU – three minute songs, a limit of six people on stage, a certain maximum time allowed between songs to set up a stage – forces people to become even more creative. It’s easy to set up a thunderstorm water feature for Rihanna’s performance on the X – Factor when you have unlimited budgets, time and space, but far harder to do it in a two-minute interval while dismantling a giant Swedish glass box contraption and making sure you can get a Russian see-saw on in time afterwards.

Many purists dislike the emphasis on the visuals in the modern Eurovision, with its huge budgets, giant video screens and over-the-top special effects, but they seem to forget that, as the “vision thing” of the Eurovision name suggests, these are and have always been integral parts of the show, from the moment back in 1957 when Germany’s Margot Hielscher, in full evening dress, had the bright idea of bringing a telephone receiver onto the stage for the performance of her song “Telefon Telefon” (followed closely by Denmark’s Birthe Wilke’s and Gustav Winckler’s near pornographic – by 1957 standards anyway- saliva swapping shortly afterwards). But it’s not all about eye-catching OTT antics. Sometimes the simplicity of a staging can make a song stand out more than any amount of gimmicks. Part of the ability to achieve success in Eurovision is knowing the best way to stage your entry – too much can kill a song, but too little can make it forgettable.

Similarly, it has to be remembered that this is a live show. No recorded vocals to speak off. There is little point sending the greatest song with the most memorable stage show ever if your singer sounds like a cross between fingernails being scraped on a blackboard and the mating call of the lesser-spotted Andalusian toad. The song and staging will help, but it won’t hide an atrocious performance and will cost votes. And often a good singer with an expressive, passionate performance will turn a mundane Eurovision entry into a classic.

So in summary, on the one hand, theatrics and flamboyance, or on the other, enforced simplicity and originality, or simply a good old belter of a voice, can all become factors in helping an otherwise average entry over the finish line (or get into the Top Five at least)

I’m going to have a look at five songs from the past five years, which, if considered on the merits of the song itself, might be considered average, and which most (but not all) people had either written off or dismissed with a “right hand side of the scoreboard” wave of the hand, but which did far better than many people assumed they would owing to their performance and presentation.

Well, NO-ONE (except for the lucky few who stuck a few bob on Conchita at the start of Eurovision week) saw this one coming. If ever a Eurovision performer ever owned a stage, it was her. Although the atmosphere in the hall helped to a certain extent, you have to agree that this was a perfect presentation and performance that all came together to turn a rather dated Seventies torch song into a Euro winner. Ms. Wurst not only knew what she had to do, but also what not to do, and she delivered in spades. And by God could she belt out a tune. And not a backing singer, choreographer, or a man in a giant hamster wheel in sight. Just a beard. But what a memorable beard.

The other surprise from Eurovision 2014 that left most pundits scratching their heads and wondering how on earth they could get it so, so wrong. Ilse and Waylon’s little country ditty was pleasant enough but a bit too… shall we say, country. And this is Eurovision. Not Nashville. Not that it mattered. Everyone knew from watching the simple, sweet yet slightly sexy performance in the semi-final that they had witnessed something special, which was reflected in the complete collapse of the Netherlands’ odds with the bookies by the following morning. You could almost hear the intake of breath in the arena afterwards and it also looked and sounded fantastic on TV. Just enough country influence to get the point across without it becoming a Conway Twitty tribute show. Excellent, simple but eye-catching staging (remember the motorway-style lighting-effect on the stage?). Brilliant.

A song that, while harmless enough, sounded a bit too much like a reject from the The Lion King musical to do much on a Eurovision stage. Not that that bothered our Zlata. The “being-brought-on-stage-by-a-giant” gimmick at the start might have been too much for some people, but it definitely garnered attention (and the poor fellow was quickly banished – smart move). Backing singers? Bah. In the back, please, in the dark. A pedestal so everyone can see me? Yes please. Tight fitting dress? Definitely. Because-I’m-worth-it hair? Of course. 3rd place? Don’t mind if I do…. Perfect performance, simple but effective staging, but the clincher was a beautiful performer dressed to perfection. Someone give that lady a douze points.

The Marmite of the 2012 Eurovison. And apparently a lot of people liked Marmite. A song in Albanian with a Latin title? With screeching? Sung by a mad woman? Please. But then Rona arrived on stage with a Sybil Fawlty hair bun, Ming the Merciless’ cape and something that looked like a dead reptile draped around her upper cleavage (thankfully it turned out to be more hair). She then proceeded to channel the spirit of Italy’s Mia Martini and pack enough emotion into a three-minute song to keep Eastenders in business for an entire year. Rona forfeited backing singers and other gimmicks and instead invited us to concentrate on her own bizarre, extraordinary but memorable look and stunning performance. And we lapped it up in droves to deliver Albania their best ever position in the Contest. And we couldn’t get “qai” out of our heads for a week afterwards.

Maybe it was being 23rd in the running order. Maybe it was the striking feather shoulder pads (won’t somebody please think of the birds). Maybe it was the interesting (but eye-catching and memorable) stunt of live sand patterns. Maybe it was the belter of the performance. Whatever it was, it put an unfancied Ukraine into 4th place in 2011, with a song that had registered on very few peoples’ consciousnesses beforehand.

So before everyone says that this is a song contest remember that it is the ‘Euro-VISION’ song contest and broadcasters need to play to their strengths. You either keep it simple or you indeed go all out for the 3 minutes. Remember that you have just that, three minutes to sell your song to Europe who are WATCHING on their Tele-VISIONS. So get it right like our pick of the 5 got it!