Uzari and Maimuna to represent Belarus at Eurovision 2015.

Some interesting points to notice is that Muzzart actually had tv ads for their entry throughout the show. Hey it wouldn’t be Belarus without something to talk about 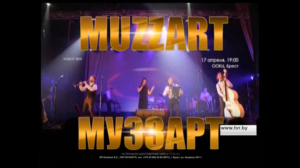 Now you and I know that this is Belarus and despite Teo’s win not changing from the selection to Eurovision – there usually is a change in the Belarus National Selection – Don’t believe me then take a read of this!

So tell us if you think that Uzari & Maimuna were the main choice to win? The Public had them in 3rd place and the public winner Muzzart was relegated to 7th overall by only 3 jury members voting for them out of the 7! Will Uzari & Maimuna make the Grand Final of Eurovision 2015?