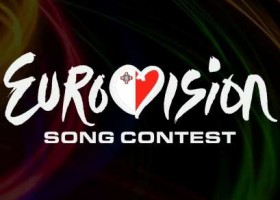 Tonight Malta announced their semi-finalists for their Eurovision 2015 selection taking place on November 21st and 22nd. On the popular show Xarabank the successful acts were announced by host Peppi Azzopardi as the 48 shortlisted acts became 20 and in there we had former Eurovision contestants ,Eurovision winner and 6 Nuns – or as we like to call them ‘Sister Act’. So who got through? This is a live blog so just refresh the page to see who is through next!

12, Baker Street – Karen DeBattista – They have found a gem of a singer in Karen and a sweet sounding ballad

Karen was not present at the show to perform her song.

It’s OK – Deborah C – Up-tempo country/pop song. This is cute, cute and even more cute. A strong reaction from the crowd.

Still Here – Franklin – This is the song written by Eurovision winner Alexander Rybak. It will go down a treat with adoring female fans.

The One That You Love – Lawrence Gray – a Power Ballad

Warrior – Amber – A dance track again from Amber but a good one. Good change in tempo

Something in the Way – Daniel Testa. The former Junior Eurovision singer is back in the adult contest.- Pure unadulterated pop! Malta’s anser to Basim

Fandango – Jessika. This is another up-tempo pop song and a good one too!

Rush – Christabelle. This is a drum beating pop song that has the potential to get stuck in your head very easily!

Closed Doords – Chris Grech. Chris is back and sounding better than ever. The ballad of the night from the clips. Authentic rock/folk.

Beautiful to Me – “L-Aħwa” -AKA Gianluca (2013) and his family. This continues the Singing Doctor’s ‘Tomorrow’ from Eurovision 2013. #LoveIt

Stop Haunting Me – Raquel Galdes. Hey a ballad with a good RnB vibe. A good song!

Close Your Eyes – Danica Muscat. A ballad to rival those from tonight. Very orchestral and features a strong piano backing

Home – Lyndsay Pace. This is a master class in less is more with this very simple yet charming ballad with a great hook.

Secretly – Corazon. A simple ballad that comes alive in the chorus. Juries will love this and so do I!

Could Have Been Me – Iona Dalli. We just fell in love with her as she cried throughout being interviewed. As for the song a good American college rock/pop song.

Take Me as I Am – Domenique. She was not there in the studio but they spoke to Domenique to her on the phone. She cried for the entire interview. Bless!

Once in a While – Minik. This is a stomping song and takes Fielight’s ‘Coming Home’ to another level. Great finish to the show.

Returning Eurovision acts we have Glen Vella (2011), Ludwig part if Trilogy (2004), Franklin (Alexander Rybak is the composer – Eurovision Winner 2009) and Gianluca (2013). We now look towards the full versions of the songs being released by PBS but the above are what we found on-line. This is a strong line-up from Malta and I think even better than last year’s competition.

Are you surprised at any of the Semi-Finalists?