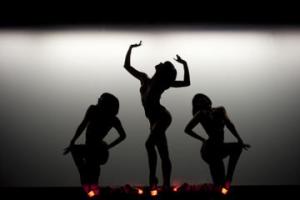 Eurovision winner Conchita Wurst has announced that she will be performing for a week at the world renowned ‘Crazy Horse Cabaret’ in Paris for a week in November.

Conchita has been invited to perform at the ‘Crazy Horse’ from November 9th – 15th where she will perform nightly. Speaking to ‘Le Parisien’ she said

“I’ll do what I know best: sing, including “Rise Like a Phoenix”, the title with which I won Eurovision. I will also test a new song on stage at the Crazy Horse”

Conchita’s choreography will be arranged by Blanca Li and as for the costumes that the Crazy Horse is famous for – they will be created by Wurst’s good friend Jean-Paul Gaultier.

The world of Parisian cabarets dates back to the late 1800s, but the iconic Crazy Horse didn’t make its debut until 1951. It has been making waves ever since as a way to pay homage to a long-standing part of Parisian nightlife. Pulling back the curtain on this storied cabaret, patrons can expect an evening of provocative yet sophisticated entertainment.
Author/Editor in Chief Garrett Mulhall
Source : Le Parisien