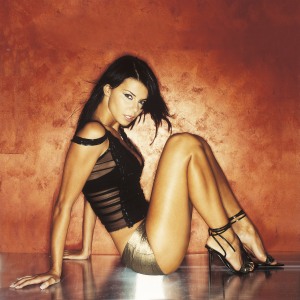 Poland – Following Edyta Gorniak’s New Year’s Eve posts on Facebook speaking of her participation at Eurovision in 1994 and how she was withdrawing from her television commitments to concentrate on her music, she has taken to Facebook this afternoon to clarify the rumours of her representing Poland at Eurovision 2014. Thanks to our friends at “Let’s Talk About ESC”

“My Dears, Discussions on the Eurovision Festival have become ever louder, so I need to speak.

So that there was no ambiguity in the meaning of my intentions in the Festival reports, as of today, I explain-20 years ago, despite the historical moment for our country, nobody expected me to do anything except confirmation of experience working with large Orchestras and correctness. Europe’s reaction surprised everyone. With me at the helm.

Today, these expectations are more than just pressure. I wrote on my Facebook a few days ago, including the discussion with you, that I agree with your thoughts to a certain extent. Yes, this would be an unusual way to celebrate this beautiful Jubilee. Yes, this is tempting, but …In other words I am not preparing for the Eurovision Festival.”

With those words are dashed the hopes of many a Eurovision fan that would have liked to have seen Edyta return to Eurovision or maybe TVP may persuade Edyta to change her mind?

Who should TVP (Polish National Broadcaster) turn to now to represent them at Eurovision 2014?

Let us know your suggestions.