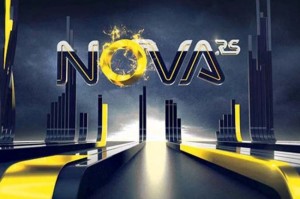 “New hope for Serbia’s participation at Eurovision 2014” is the headline coming from Serbian media this evening. Serbia’s decision to not attend Eurovision 2014 disappointed fans across Europe. However all may not be lost according to news agency “In Serbia News”.

“Nova” Television – an independent television station – came into operation today and it is being reported that they want to see a representative from Serbia at Eurovision 2014.

“It would not be the first time that commercial television participated in the implementation of the competition for the “Eurosong”. If RTS again decides not to send a representative, “Nova” will be happy to participate in the realisation of this project,” said a source close to the television for “Kurir”.

Obviously “Nova” are not a member of the EBU but they could assist RTS in selecting and sending an artist to Eurovision. This would have to be along the same model as former Greek Broadcaster ERT and MAD TV did for Eurovision 2013.

“Nova” television have allegedly said “Eurosong” is one of the world’s biggest competitions ever, followed by more than 100 million people and it is very important for a country like Serbia to send its representative to such an event. The absence of our country is not necessary, because there is a television ready to organize local competition at the global level and to send a representative to this event”

Could this be the glimmer of hope for Serbian Eurovision fans?

Time will tell if RTS and Nova can come to an arrangement for Eurovision 2014.