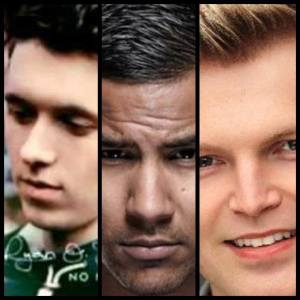 Ryan is a talented young Irish singer/song writer. He first came to our attention when he entered “The Voice of Ireland” and was one of former Eurovision singer Brian Kennedy’s team. Despite being popular with the public, Brian ultimately voted Ryan off the show. However that was only the beginning for Ryan.

Shortly after leaving the Voice of Ireland Ryan auditioned for “Britain’s Got Talent” and was successful in his live audition and made the Grand Final where he finished 5th. He performed his own composition “No Name”, that to date has had over 19 million hits on YouTube.

This was certainly the launch pad for Ryan. He is currently recording music with Irish Singer/Songwriter Bressie ,who was also a coach on The Voice of Ireland. Last week Ryan took part in the RTE show “The Hit” and competed against his former Voice of Ireland coach – Brian Kennedy. Ryan’s song “Who do you love” became a massive hit and went into the Irish chart at #3 and secured him a place in the Grand Final of “The Hit”.

Ryan has the entire package for Eurovision. He is an accomplished singer, song writer and musician. Performing on a big stage is certainly something that he is comfortable with. His music and style of singing is authentic and we know that he would connect with the public and juries at Eurovision. This is such a simple suggestion – get Ryan O’Shaughnessy to the Irish Eurosong Final!

Now we have a gem of an up and coming artist for you. Graciano Major is a Singer/Songwriter From County Dublin.  He has played in many venues around Dublin & Ireland and featured on “MTV’s Brand New for 2013” as a Finalist where he made the Top 20 out of 300 Acts. He has opened up for The Original Rude boys in October 2012.

During his childhood he used to listen to Old School HipHop/R&B/Rap/Pop – which we love here too at Eurovision Ireland – and as his interest for music grew, he obtained his first recording equipment and eventually began singing & recording music when he was 16.

Graciano’s big break has been his song “You and Me” that features none other than Ryan O’Shaughnessy. The song is a wonderful RnB ballad that is guitar based with some wonderful harmonies and drum beats. Add to this that Graciano can rap too, he is the complete modern music package. The addition of Ryan on the song is a perfect match.

Oh and did we mention that Graciano is one handsome Irish man who would have a Eurovision audience glued to the television.  He is full of energy and stage presence. There is so much Irish talent out there and we need to give them an opportunity to showcase their talent at Eurosong/Eurovision. So we want to see Graciano at Eurosong/Eurovision.

Lee, was born in Omagh (birth place of Eurovision Winner Linda Martin) and then lived from his teens in Donegal. He has been a member of several bands – “Streetwize” (with Eurosong 2008 finalist and TV Chef Donal Skehan), “Stateside”, “Access All Areas”(Who made the final 24 Acts in the UK X-Factor in 2009) and “NXT-GEN”.

In 2012, Lee Mulhern, now adopting the name Lee.M, joined forces with Pete Doherty to form the duo “NXT-GEN”. Lee.M also engaged in a 2012-2013 tour to promote his music where he worked with New York based singer J Pearl as well as Iyar and global superstar Snoop Dogg. His début single ”Slow Motion” was the result of this work. The track is produced by Swiss producer David May. The video was shot in Italy and will be having a major PR drive over the coming months. Here is a short clip of a remix of the song.

Lee has toured with Nathan Carter – whom we featured several weeks back as a possible Eurosong contender too. Lee is touring the country with the “Hot Country Band”.

There was much interest in Lee for Eurosong 2013 from several of the mentors, but due to his commitment with promoting the song “Slow Motion” he had to decline. Many of the mentors were interested in his song “Magnetic” which could have been in the Irish National Final. This song is a belting dance song that would have certainly have made the Grand Final of Eurovision 2013.

We feel that Lee is a huge star in the making and Eurovision could prove that to Europe. So another strong suggestion that we are making to RTE to include him in Eurosong 2014.

So there you have 3 diverse yet very talented young male performers that we could easily see in the Eurosong and Eurovision final. They just need the opportunity.

Tell us what you think?