Malta : We love Gianluca’s new song “I’ll be there” – Swoon 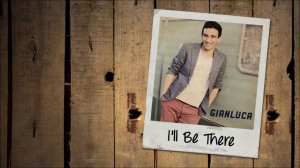 Gianluca Bezzina – Maltese Eurovision Representative 2013 is back with a new song “I’ll Be There”. Photograph courtesy of Youtube

Oh you know that Eurovision Ireland had a Bromance with Malta’s Gianluca Bezzina at Eurovision 2013 this year. We had said before the Maltese Final that he was destined to be Top 10 in Malmo – and we were right. Today sees our favorite “Singing Doctor” release his follow-up single “I’ll be there”.

One thought that you couldn’t get a happier song than the Oh Oh Oh’s of his Eurovision Song “Tomorrow” but he has just gone and done it again? “I’ll be there” is even more summery than “Tomorrow”. Telling a Doctor that he is “Infectious” is never a good thing but Gianluca with his voice and smile just want to make you get up on your feet, sing, dance and have a great time.

This has ” massive summer hit” written all over it. A classic Pop song that I could see Bruno Mars singing with a wonderful “Washington and Detroit Trumpet” rift throughout it. This is a pop/soul song with a really current vibe to it. You know what – If Gianluca had sung “I’ll be there” at Eurovision, we would all be heading to Malta for Eurovision 2014. Don’t get me wrong – “Tomorrow” was in my Top 3 this year but Gianluca just keeps getting better. Expect to see this chart across Europe – and rightly so.

Please come back to Eurovision Gianluca so we can continue our “Bromance”.

It is already on my playlist and the repeat button is getting used often. Gianluca will be releasing a new album shortly and guess who will be buying it first!

Summer has arrived courtesy of Malta’s Gianluca. Get your piece of sunshine in your music collection today – and not “Tomorrow”.