Eurovision 2014 Commentators could be set for Prison Cells

The Horsens bid to host Eurovision 2014 in Denmark promises to put the International commentators in Prison Cells if they are awarded the contest by Danish Broadcaster DR. The Bid by the Horsens committee has taken a massive step forward with the news that they are offering to place a glass roof on the open aired former prison so that it can host Eurovision 2014.

Frank Panduro, the Bidding Committee’s director has said on Danish Radio ekstrabladet.dk that they are offering to enclose the prison yard with a 10,000 square meter glass roof. “I think that you should try something new and ‘think outside the box,’” he said. “Melodi Grand Prix [and Eurovision] is in need of renewal. There is typically a nice, smooth scene and some talented artists. But all the shows start to look the same year after year. Why not try something new?” 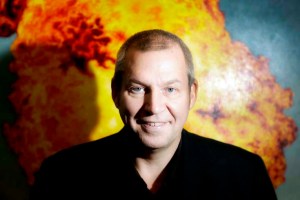 “Investors have already accepted the deal – it will not take long,” Panduro said. “Everyone likes the idea.” With the IKEA giant on your doorstep to probably create a glass roof for all your Eurovision needs – this could now be a runner to host the Eurovision 2014. “There will be room for 12,000 people under the glass roof, which will remain permanently after the Grand Prix,” he said. “Imagine: commenters can each get a cell to comment from!”

Now we here at Eurovision Ireland think that giving the commentators their own prison cell is a wonderful incentive for them to get their Eurovision facts “RIGHT” as we are all tired of them getting their years, stats and “block voting” comments wrong on an Annual basis. Let’s up the ante and make them work for their Eurovision week and freedom. Hmmmm – So who will the BBC get to host the Graham Norton show from May 2014 onwards!

Horsens have certainly now got a serious bid on the table for Eurovision 2014 as they can boast a large supply of accommodation for the Delegations, Press and Fans and tie into that a good transport link – well we could be all set to be “Horsen About in Denmark” – a terrible pun if we say so ourselves.