#Here Today, Gone Tomorrow: What happened to the stars and hosts after Eurovision?

Over the last weeks, we at Eurovision Ireland have been taking a look at the fortunes of the acts and hosts who have participated in Eurovision over the years . Was appearing at Eurovision as a participant or host the making of them…..or did it break them? Today […] 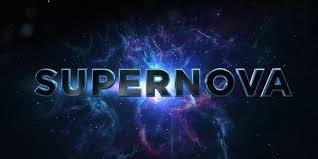 #LATVIA: Supernova auditions released Latvian broadcaster LTV is getting in early, and has released a clutch of audition videos showcasing its final 33 songs. Over the coming weeks, these will be narrowed down to 16 songs, which will compete in semi-finals and final. Latvian music professionals cut the […]

#PARTY: Who’s going to Rīga? Now the national final season is over, we move onto the party season, and who doesn’t love a good party. There are a few taking place around Europe in the coming weeks, and the acts will be honing their presentation skills in front […]

Ivan kept his clothes on! Phew. Yes Ivan from Belarus took to the stage in Riga to perform his Eurovision song ‘Help You Fly’. Not content with that Jewel he also gave us ‘Diamond’   Check out the other performances on the site like that of Jüri Pootsman from […]

Rykka brought her song for Eurovision ‘Last Of Our Kind’ to Riga. Not content with that she also gave us ‘Movies’ Check out the other performances on the site like that of ZAA from Serbia,  Poli Genova from Bulgaria, Ira Losco from Malta,  JUSTS from Latvia and Barei from Spain […]

Sanja Vucic ZAA  brings her Eurovision song ‘Goodbye (Shelter)’ to Riga. #WOW – That was one hell of a performance! ZAA threw in a performance of Beyoncé’s ‘Crazy in Love’   Check out the other performances on the site like that of Poli Genova from Bulgaria, Ira Losco from […]

BULGARIA : Watch Poli Genova perform ‘If Love Was A Crime’ at the Riga Eurovision Party HERE

Poli Genova has taken to the stage at the Riga Eurovision Party. She performed her song for Eurovision 2016 ‘If Love Was A Crime’ Possibly the biggest cheer of the night was for Poli following her rousing performance. Check out the other performances on the site like that […]

Barei takes to the stage at the Riga Eurovision Party. It was a case of ‘Say Yay’ Check out the other performances on the site like that of JUSTS from Latvia  For more info make sure to check us out on FACEBOOK, TWITTER,INSTAGRAM, SNAPCHAT, PERISCOPE and YOUTUBE  for […]

Tonight is the night in Riga and no Beaver in sight. Tonight is the Riga Eurovision Party. Here is JUSTS performing his song for Stockholm ‘Heartbeat’ He also played several other songs with his band. and   For more info make sure to check us out on FACEBOOK, […]