#POLL: The Greatest… Estonian Entry Ever – HEAT B

The time has come! For the next few days, you can choose one of the following songs in Heat B of this poll. The two songs with the most votes, will progress to the final poll – taking place on the days leading up to the final of […]

Eurovoix has been in contact with BBC Alba in regards to this year’s Eurovision Choir contest. BBC Alba confirmed that the selection process is yet to be confirmed. BBC Alba will confirm this over the coming weeks. Author: Richard Taylor Source: Eurovoix

Iceland and their selection process Söngvakeppnin have provided much needed information over the past week or so. Running Orders The running orders for both of the semi finals have been revealed. They are (SF1 & SF2 respectively): Hatari – Hatrið mun sigraHera Björk – Eitt andartakKristina Skoubo Bærendsen – […]

This is the first semi final of Eesti Laul and the first twelve songs vying for Estonia’s spot at the Eurovision Song Contest this year in Tel-Aviv – you know the drill, join me, Richard from 20:30CET by regularly refreshing the page! Refresh from 20:30 CET Earlier tonight, […]

In the biggest surprise to the Eurovision Song Contest community, Daz Sampson has been revealed by Eurofest as entering the Belarusian national selection process. Daz Sampson will duet with Nona on their entry “Kinky Boots” if it is selected. The deadline for submissions is today, Thursday 31st January. […] 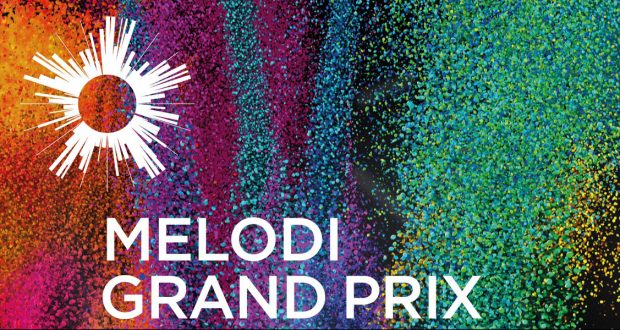 The ten acts and their songs for Dansk Melodi Grand Prix have been revealed this lunchtime. Vying for Denmark’s place in Tel Aviv are: Simone Emilie – Anywhere Jasmin Gabay – Kiss Like This Rasmus Faartoft – Hold My Breath Marie Isabell – Dancing with You in My […]

#POLL: The Greatest… Estonian Entry Ever – HEAT A

The time has come! For the next few days, you can choose one of the following songs in Heat A of this poll. The two songs with the most votes, will progress to the final poll – taking place on the days leading up to the final of […]

It has been revealed this morning during a YLE Press Conference that Darude will be representing Finland at this year’s Eurovision Song Contest. Just like Saara Aalto, Darude will perform three songs in UMK, when the entry for Tel Aviv will decided. UMK will take place on Saturday […]

This morning on Ö3, it was revealed that PÆNDA will be representing Austria at this year’s Eurovision Song Contest in Tel Aviv. PÆNDA will perform the song “Limits”. It is currently unknown when the song will be released. Author: Richard Taylor Source: Eurovoix

Our coverage of Eesti Laul 2019 starts NOW! For the next three weeks, we will be celebrating the Estonian National Final that has grown in popularity over the past few years. Semi Final Coverage This forthcoming Thursday and Saturday, we will be running Live Blogs on both of […]

Saara Aalto took to the ice in week four of Dancing On Ice – not once, but twice. Sadly she faced the dance off, but made it through after the judges decided that Didi Conn – known for the film Grease, would be eliminated this week. Saara Aalto’s […]

This year will mark the twenty-fifth anniversary of Slovakia’s debut at the Eurovision Song Contest. The nation only participated seven times and failed to qualify in 1993. However, we want to know which Slovakian entry you considered the greatest of all time.  After watching the videos of their […]

Norway will select it’s entry for their debut at this year’s Eurovision Choir, in a live televised contest on Sunday 7th April. NRK have yet to reveal whether the winning choir will be chosen by a jury, the public or the mixture of the two. The four choirs […]