#FRANCE: Live Blog of Destination Eurovision Semi-final One! From 21.00 CET

After several years of internal selections, it appears that France Télévisions has bigger plans, with a three-week run to pick a song for Lisbon.

Tonight is the first semi-final of Destination Eurovision, and nine songs will compete for four places in the Grand Final on 27 January.

You know what to do with this blog – just click on refresh and see if you agree with me.

In addition to these song, each performer will sing a cover of another song.

The four songs will be picked by two professional juries. One consists of three Francophones – one of whom is the 2016 representative Amir. The second jury are three non-Francophones, including the sainted Christer Björkman.

And the broadcast has started! We see a brief reprise of various songs (both French and otherwise) from down the years. France 2 appears to be taking this seriously.

We meet our three French jurors: Isabelle Boulay, Christophe Willem, and Amir. Amir has high hopes in Lisbon it seems. Isabelle likes the way the search is being undertaken this year.

First is a tribute to France Gall, who died last weekend. She was a star. And a trailblazer.

But enough of that froth. Onto the singing…

We appear to be starting with covers

This is a ballad and a cover of a 2014 song by Vianney. It’s not bad and he throws himself into it. He’s not got a bad voice, and he’ll either gain in confidence, or just get overawed by the whole experience. 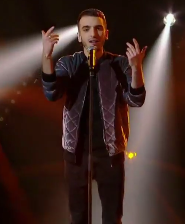 Before the next songs, a quick word with St Christer Björkman. He’s speaking in français! Very progressive. He liked Masoe.

She’s a pretty thing who plays the guitar. But not tonight. Instead, her cover was originally made by Michel Berger (Mr France Gall). It’s a gentle ballad with a subtle piano accompaniment. It gets ripples of applause from the audience, and she does sing it OK. She probably needs to attack it a bit more though. 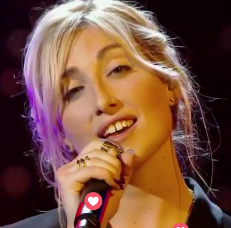 A song in waltz time is novel, and is a little jaunty. The chorus is stronger than the verse, but I’m not sure whether this will stand out. It’s perhaps a little too subtle. She does have a reasonably good voice but Noée needs to project more for the whole song, not just the finale.

Christophe speaks about this, and is generally upbeat about what he saw. Isabelle plays to the waltzy theme and likens it to a chant. Amir also generally likes its ‘classic’ sound. And it’s very French.

Mr Cuxi is going for the more international sound, with a cover of Michael Jackson’s classic. But he’s slowed it down. And then slowed it down again. His intonation of the song is very good, and there is a strong voice in him dying to get out. A good attempt. and Amir’s on his feet! 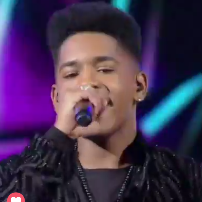 Now his real song. You can spot the MOBO vibe going on here, and it’s immediately strong. There’s a mix of French and English which works. It’s the best so far and Lisandro is really attacking it. The crowd are very vocal in their support and in the right situation, this could do very well on a bigger stage.

The French jurors are showing a lot of love here. Lisandro explains why he’s using English and French, which goes down well here in Paris. He also appears to love his mum.

We next have a quick chat with Belarussian head of delegation Olga Salamakha. She’s part of the unholy triumvirate that is the international jury. She cites French as the language of love.

This guy has a guitar and looks – in a certain light – like a certain Mr Sheeran. It’s an odd and quirky choice of song by London Grammar, but tests his full vocal range. It was OK. 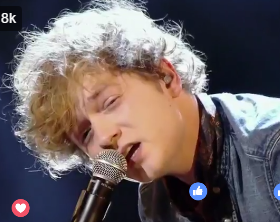 He’s on a piano now, singing a song in French (with an English chorus) with an Italian title. It’s very downbeat and continues with the quirky theme of his cover. It’s nicely different, but of an acquired taste. If I were French, I might say he were mumbling (which didn’t do Loreen much harm). I’ll admit it’s not a bad song, but this competition is probably not the best showcase for it.

Our jury are very polite about this song, and how different it is.

This Johnny Hallyday cover will prick up a few ears. It[s another understated performance, but it doesn’t immediately hit me as something to watch out for. There is a certain amount of emotion here, but the voice could be just that little bit more forceful. However, the audience seems to like it. 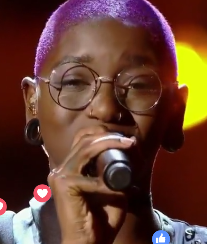 This is a stronger song, with influences of Beyoncé – but in French, naturally. There’s a very ‘chant’ vibe about it, which might catch the ear of some. In terms of approach, Emmy is attacking this song and it’s not without its charm. And it’s all in French, which is likely to go down well. It is a crowd pleaser, and likely to qualify from this semi-final.

There’s generally positive stuff from our jurors. A good sign.

Nicola from Italy is our third international juror. He regales us in French. Good for him.

Our next singer sings a pleasing little ditty as her cover of a Daniel Balavoine song. It aims to show off both her gentle side (the verse) and her powerful side (the chorus). Very pleasant, but not much of it. 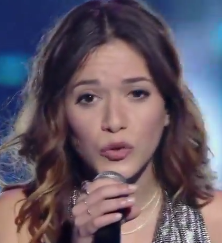 Here’s a bouncy little song which could be described as a builder. There’s a Latin vibe about it that doesn’t do it any harm. Maybe not as strong as some of the others we’ve heard, but there’s a hook and an English chorus – just to appeal to that international market. I think it’s the hook rather than the whole song that will see this through – if it does get through to the final.

A mixed review from the jury.

A group! It’s about time! A quintet no less, who like an a capella version of the Jacksons’ classic. It’s like the Four Seasons never went away, judging by how they’re dressed, in refreshing pale grey tailored suits. And they’re a very popular group of bunnies. 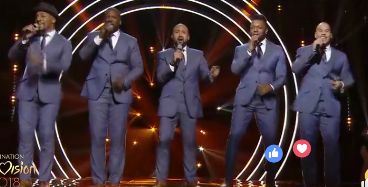 These mean business, with a funky little dance routine and a Daft Punk vibe. It’s very different to what we’ve heard so far and is surprisingly fresh and contemporary. And yet very familiar. However, it might start to lose its way if it’s not careful. And it maybe – just maybe – needs a key change.

The jury like it. They work well together apparently.

He likes football, judging from his postcard. And plays the guitar. His is the ruffled look with a mike on a stand. Holding his hand out. He’s trying to put emotion into this cover of a Patrick Bruel song, but he’s treating this like a Popstars audition rather than a competitive stage performance. It’s OK, but not a world beater. 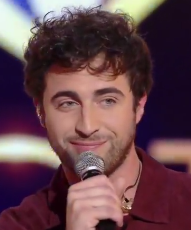 His real song has a funkier vibe, and smacks of those Ed Sheeran songs with extensive rapping. Louka is more animated this time, and he seems to be getting into things more now. I’m not convinced that this is the performance of a champion. To be honest, the jury seem to be a tad distracted too. This will struggle.

A mediocre response from the jury, with polite applause.

This cover of the Cyndi Lauper song is more traditional in arrangement. Ehla’s English is a little noteworthy, but she’s making a reasonable attempt at it. Her real song will need to be better though. 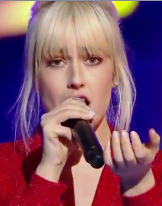 We finish with a mid-tempo number. Ehla has a collection of musicians on stage with her. This is better than her cover ad she seems more in her comfort zone. The song is no world beater, and whilst might scrape through to the final, will do no more than that.

The response from the jury is OK. Not good, but not bad either.

Before the results, we have none other that popular lad Amir, with a song that the audience do like. Maybe they should send him again instead.

And now the points…

From the international jury: 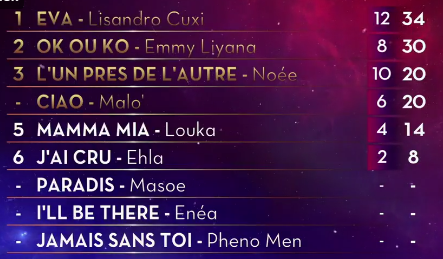 We next add in the French jury’s three sets of votes. 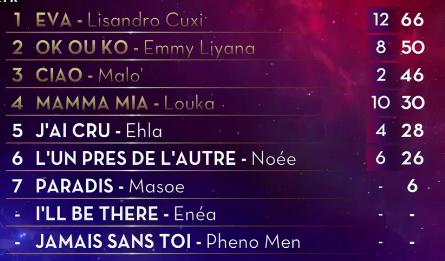 Did you pick them? What were your favourites tonight? Tell us what you think.