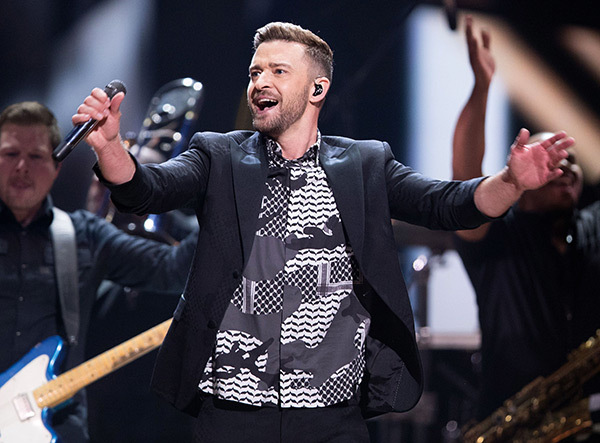 How does the rest of the world view us Europeans and the Eurovision Song Contest? Do they even know Eurovision is? What impact of Justin Timberlake at Eurovision do for the contest?

Timberlake was a shock inclusion into the Eurovision Grand Final. The announcement certainly sent shock waves not only around Europe but around the world. People were talking of the first live performance of his new song ‘Can’t Stop The Feeling’ and many people were asking “What is this Eurovision Song Contest you talk of?”.

We sometimes take for granted that Eurovision has been Europe’s best kept secret for 61 years. Not any more! Timberlake’s inclusion in the show made big news in America. From the Wallstreet Journal, to Billboard to The Hollywood Reporter to the amazing ‘The Late Show With Stephen Colbert’.

So what can we surmise from Justin taking to the stage in Stockholm? It certainly introduced a new audience to Eurovision. We need to keep them engaged from all 4 corners of the globe now. That is the challenge and the opportunity!

So next year in Ukraine could we replicate the Timberlake #LoveWave? Another global name at the contest would greatly promote the contest yet again. Think Beyoncé, Lady gaga, Sam Smith etc. However why don’t we extend the power of a guest star to also include the Semi Finals? Why would that be important?

Well firstly you bring more viewers to the semi finals and you allow all the singers/broadcasters to perform on the same stage as a Justin Timberlake. With the opportunity for artists to perform on the same stage as a global star you automatically appeal to a wider demographic watching the show, increase the chances for more Eurovision songs to chart and be recognised in foreign markets and ultimately you get even more well-known artists potentially wanting to be a contestant in Eurovision over a number of years.

This year it was more like an atmosphere of the Superbowl Half Time Show rather than an interval act. So why don’t we do this again and not make it a once off.