It was only the other day that we raved about Ruth Lorenzo’s song ‘Echo’ but she has gone and done it again and released a #Fabulous new song called ’99’. Ruth my Dear – at this rate I’m going to run out or words to describe how darn good your new music is!

’99’ is a an electro infused pop song with that rock undertone that Lorenzo seems to have mastered oh so well. The song starts with the heavy electro drum beats and then builds vocally and musically until you come to the chorus that is a crescendo of vocals and killer hooks.

I referred to my music Guru – my 6-year-old niece Amalia – and she said “Oh I like this one even more than Echo – but I still like that too”. I did the school run this morning and she showed her class mates the song before lessons started and she had over 20 kids singing “It’s feels like 1999, 1999, 1999, It feels like” as they danced into the class room. To my amazement Amalia leaned over and said “Ruth is Conchita’s friend too. Isn’t she?”. I have taught my niece well! 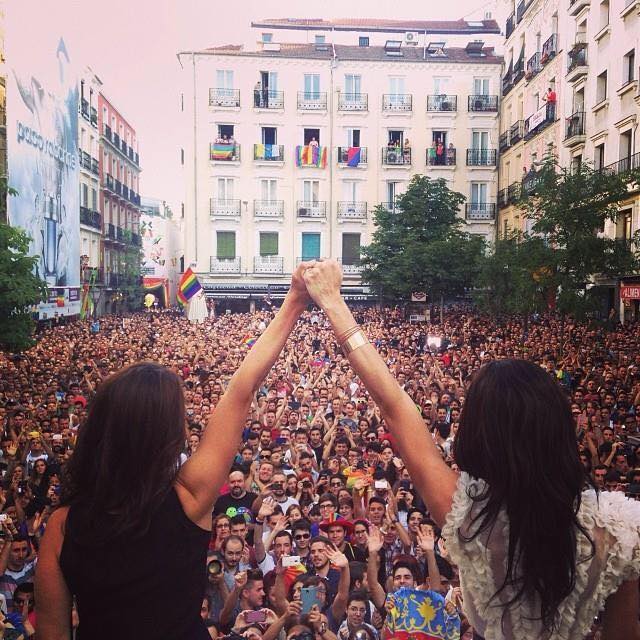 As for the song,  it is for me Lorenzo’s best to date! A true love story of someone looking back on that first date, that first love and that first kiss. We can all remember those feelings!

Electro/Pop that for me has hints of 80’s legends Erasure. Think of songs like ‘Always’ and ‘Sometimes’ and they have ‘echoes’ of Lorenzo’s new-found sound.

’99’ and ‘Echo’ are songs that would have a huge impact on a Eurovision stage. Spain and TVE – Do us all a favour and get Ruth Lorenzo back to Eurovision ASAP as I would love to be in Spain for Eurovision in 2017.

Never have we done this before but we give Ruth Lorenzo a SECOND maximum 12 Points in one week as we score  ’99’ Douze Points.

You can buy ’99’ on iTunes, Google Play, Amazon, Spotify and Deezer

So all we can say is ‘Gracias Ruth’ and get yourself back Stockholm for next May. We missed you in Vienna Guapa!