Norway : Meet the 10 Finalists of Melodi Grand Prix for Eurovision 2015 including Elisabeth Andreassen 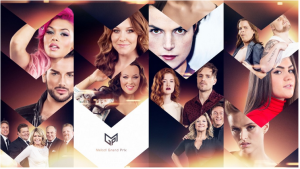 Norway : Meet the 10 Finalists of Melodi Grand Prix for Eurovision 2015

Today NRK (Norwegian National Broadcaster) announced the 10 acts who will compete in the Norwegian festival to find their representative for Eurovision 2015.

We met some of the journalists who were involved

They started the presentation with a look back at the 3 Norwegian winners of the contest plus Tooji, Margaret Berger and Carl Espen plus some international winners too from Johnny Logan to Abba to Conchita Wurst to name but a few.

Alexandra Joner with her song ‘Cinderalla’

Contrazt with the song ‘Heaven’

Erlend Bratland with the song ‘Thunderstruck’

Ira Konstantinidis with the song ‘We Don’t Worry’

Jenny Langlo with the song ‘Next to You’

Morland and Deborah Scarlett with the song ‘Monster Like Me’

Ray Lee with the song ‘Louder’

Elisabeth Andreassen and Tor with the song ‘All over the World’

The surprise was that they included an extra act in the Final and it was half of Norway’s first winning act at Eurovision Bobbysocks – Elisabeth Andreassen.

So is there a winner there?