Waylon Walks Away From The Common Linnet’s Eurovision Success? 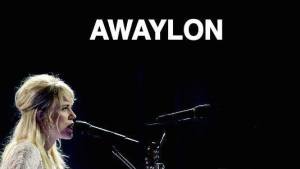 A story appeared in Dutch media claiming that Waylon from the Common Linnets has disappeared, so we thought this needed some further investigation. Waylon is half of The Common Linnets who shot to European fame at Eurovision this year when they came second in the contest with their song “The Calm After The Storm”.

We contacted The Common Linnets Management in the Netherlands – Eye of The Hurricane Management – and asked why Waylon had been missing from the recent Common Linnets tour dates in Belgium, Vienna and last night in Berlin. Surprisingly they directed us to Waylon’s personal management for a response.

We spoke to Sandra Nagtzaam of Waylon’s Management and asked why has he been absent from their tour dates? Following our conversation with his management team a statement on Waylon’s absence from the Common Linnet’s tour was posted

I want to take this opportunity to let you know that I have been found again. It’s strange to realise that I have now become public property and a national campaign has been started to find me. But there isn’t much going on, despite what people may think.

For the last year I have had a great time as part of The Common Linnets together with Ilse DeLange. We took the opportunity to join forces in our love for country and Americana music.

The Common Linnets is however a project of Ilse DeLange. She conceived it and it’s always been clear that it would involve different line-ups.

We once agreed that I would make a record with her, later that we would together enter the Eurovision Song Contest and conclude with the concert on 21 June in the Twente Stadion. Our diaries focused on that.

Our success after the Song Contest surprised both of us. It meant we had to take another look at what we had agreed.

I had and still have a lot of obligations in the coming months with the release of my new album “Heaven after Midnight” in September. I recorded this album last year and financed it myself. It’s an important and personal album. I already delayed it once because of the Song Contest.

So to turn my agenda upside down for the complete foreign promotion of The Common Linnets has a lot more consequences for me than it does for Ilse. I would have to free myself for a much longer period and commit myself to the duo The Common Linnets, maybe for a year or more, certainly if America is in the picture.

I hope you all understand that these are choices I can’t just make on-the-fly and on my own.

I was willing and able to be a member of The Common Linnets for a longer period if this were to be based on equality internationally. Ilse and I talked about it for a long time, but we couldn’t reach agreement. It has nothing to do with money, but with an emotional commitment by two people to a duet with a fixed line-up, in which we both put our solo careers on ice for now.

Ilse is free to go on tour with The Common Linnets, as she at first intended with different line-ups.

Of course the international success is wonderful and it was good to work with Ilse and her band. Finally, Jake, JB, Rob and Matthew are great musicians and lyricists! So I’m looking forward to Tuckerville on 21 June, the place where we’ll see each other again, also Ilse and I.

The Common Linnets are Ilse DeLange and Waylon and they brought The Netherlands to second place at this year’s Eurovision Song Contest in Copenhagen with their song “Calm After The Storm”. The song has been a huge chart success across Europe going making the charts in over 20 countries including Top 10 in the UK and Top 5 in Ireland.

Is there an appetite for The Common Linnets minus Waylon? Will the band continue without Waylon? Will he change his mind later when they play Tuckerville on June 21st?

This is a lot of success for Waylon to walk away from but is there more to this story? We will let you know when more news becomes available