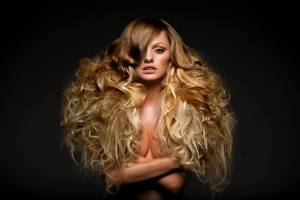 A Jury will then review the submissions in a pre-selection on February 19th and 20th with the 12 finalists being announced on February 20th.

They have been totally upfront that they want to return to the competition and try to better their 3rd place in 2010. They will try this year with the song “Miracle”

Next up we have the Romanian/United Kingdom Duet of Mircea Cioclei & Krystal Mills and their song “Everytime I see You”.

Another former Romanian Eurovision representative Mihai Traistariu (2006) has also sent a song to TVR for consideration called “I’m sorry”. He has made no secret that her would like to win the Eurovision Song Contest for Romania – UPDATE Mihai has now official withdrawn from the Romanian National Selection for 2014 – SEE HERE

Anca Florescu has stated her intent to enter the Romanian national final with the song “Hearts Collide”. The song was composed by Gabriel Baruta – the pianist from Hotel FM who represented Romania at Eurovision in 2011. She is also a member of the production company “Cat Music” that have successfully sent both Mandinga (2012) and Cezar (2013) to Eurovision.

Cobyality feat. Matilda Pascal Cojocăriţa are a folk/pop group from Romania. 2 of their members were once with Luminata who represented Romania at Eurovision in 2005. Also the lead singer Bianca was one of the backing sings for Paula & Ovi in 2010. They have performed their entry to the Romanian national selection “Steaua de vis” on local television.

They might not be known across Europe but they are in Romania. They have confirmed that they have submitted the song “Breathe” to TRM for Eurovision 2014 consideration

Alexandra Stan is possibly one of the most famous of Romanian singers at present across the world. Her massive global hit “Mr Saxobeat” has over 200 million views to date and still climbing. Following a highly public domestic violence incident she has been on a major comeback and has the EP “Highlights” currently on-line. It is still not confirmed if she will enter a song for the Romanian national selection but when asked recently, she did not deny the rumour. Here is her monster hit “Mr Saxobeat”

Closing date for submissions of songs to TVR is today and we will know next Thursday who has made the Romanian National Final.

Who would you like to see in the Romanian National Final?