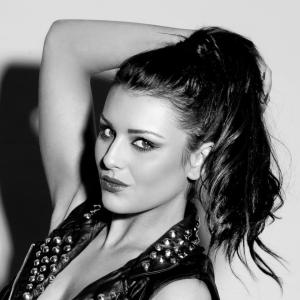 Yes Louis Walsh seemingly has been bitten by the Eurovision bug again following his return with Jedward over the past 2 years and it looks like he is set on supporting another act for Euro Glory.

Louis Walsh (X-Factor Judge) has been involved in Eurovision for many a year and was part of the team which brought victory for Johnny Logan and Linda Martin at the contest and success for Jedward despite not winning Eurovision.

Louis has spoken to the press and says that one act has the looks and talent to win Eurovision. 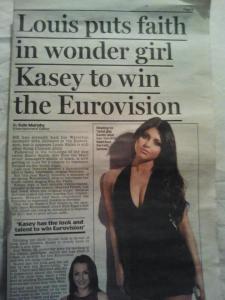 Yes Louis is supporting ex Wonderland singer “Kasey” for Eurovision. Wonderland were managed by Louis Walsh so this may come as no surprise to many people. The article from the Irish Daily Mail – Louis says that Kasey has the experience and talent to take the Eurosong and Eurovision Crown.

Kasey was a last-minute replacement for Mairead Farrell (Eurosong Mentor) who’s original choice – Melanie McCabe – withdrew from the Eurosong final after Mairead had announced her as participating. However all seems to have worked out well for Mairead and Kasey as their song “Kiss Me There” has had a positive reaction with the public and they are currently 2nd in the betting odds behind Ryan Dolan – according to Paddy Power Book makers.