Austria – Poledancing their way to the final 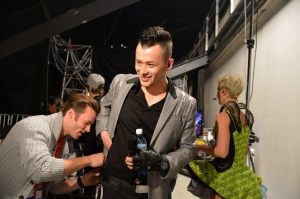 Austria – Take to the stage

Austria this year have the Hip Hop Act “Trachshittaz” – careful how you say that!! They are singing the equally tricky song title “Woki mit deim Popo”

There is really nothing else like this in this year’s contest which leads you to believe that it should score well.

final Analysis- Tip for the Eurovision Finals:  A lot of the opinion polls have the Austrians down as not qualifying but I would have to disagree. This is looking and sounding great and will have the younger and alternative Eurovision viewer watching and voting in their droves. My Dark Horse for the final and potentially a Top 10 finish.