#ROMANIA – Who qualified from the 3rd SEMI FINAL of Selecția Națională?

Tonight was Heat 3 of Romania’s epic Selecția Națională 2018, which saw another 12 acts battling it out in Craiova for another three places in the final. Who made the cut? Let’s have a look! 3rd place – VYROS – La La La – 37 points 2nd place […]

Bună seara Europa și bună dimineața Australia! This year TVR decided that Selectia Nationala 2018 will consist of six shows: five semi-finals featuring eleven/twelve songs each and a final, under the slogan “Eurovision unește România!” (Eurovision unites Romania!). Each show will take place in a different city in Romania, in celebration […]

#POLL RESULTS – Who YOU think will qualify from #ROMANIA’s Selecția Națională 3rd Heat!

Tonight’s the night! The third instalment of Selecția Națională from comes to us live from Romania! Last week we asked who YOU want to qualify from the show and head to the Romanian final in Bucharest, giving them one last chance to convince their country they have what […] 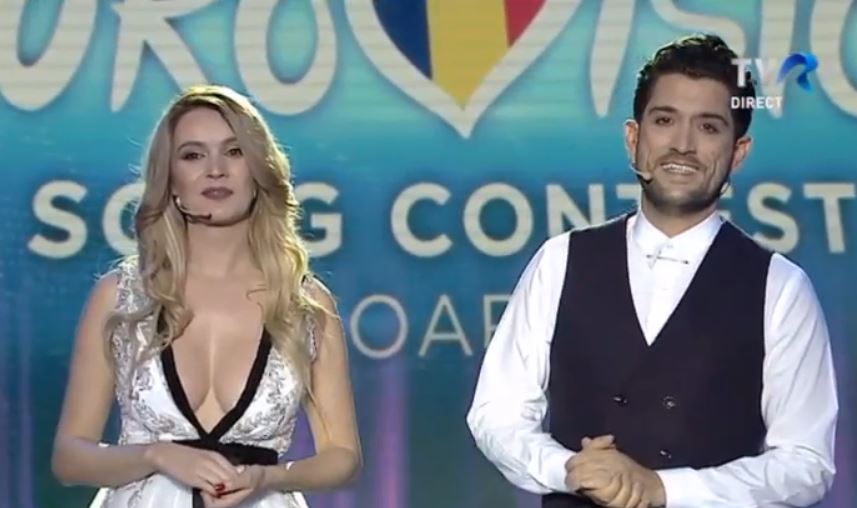 #POLL – Who do YOU want to qualify from #ROMANIA’s Selecția Națională 3rd Heat?

Romania’s biggest ever Selecția Națională continued this weekend just gone, and we have our next 3 qualifiers from the show from Heat 2 in Timisoara – don’t forget to check out #JamDan’s LIVE BLOG of Sunday’s action and also the RESULTS to see who they were! Before the […]

Performer of three Dutch entries in the 1970s, Sandra Reemer, has died at the age of 66. She succumbed to cancer after a long battle. Indonesian-born Sandra’s three attempts at Eurovision were in three subtly different guises. First, she collaborated with Andries Holten in Edinburgh in 1972. Their […]

Tonight is the Semi Final of Selecția Națională 2017, Romania’s selection event for choosing their Eurovision entry! 2 weeks ago, we asked you who your favourite act taking part was – so now it’s time to find out who that is! Our eventual winners took an early lead […]

#POLL – Who is your favourite Semi Finalist at #ROMANIA’s Selecția Națională 2017?

Earlier tonight, Romania announced the 15 semi finalists who will take part in Selecția Națională for the chance to represent Romania at the Eurovision Song Contest this May in Kyiv, Ukraine. Which now begs the question – who is your favourite?! We want to know! Haven’t decided yet? […]

ROMANIA – Meet XANDRA and her “Superhuman” Song – The Interview

We’re not “Playing with Fire”, but we had the privilege to meet up with  a “Superhuman” contestant taking part in the Romanian semi final coming up on March 4th. Xandra is her stage name and let’s see what she told us! Hello Xandra! Can you tell our readers […]