#BIRTHDAY: Ryan O’Shaughnessy is 28 today It’s always good to see a success story. One where someone gets through, despite the odds being against them. Which is a tenuous link to Ireland. Those heady days of the 1990s seem a long time ago, and past performance is no […]

#IRELAND: Ryan O’Shaughnessy to perform Christmas show Not content with singing for his country in May, and giving his Junior Eurovision countryman a helping hand last month, Ryan is concluding his of Ireland with a Christmas Show on Thursday 20 December at the Grand Social on Liffey Street […]

Take a Listen – What Makes A Winning Eurovision Song?

What makes a winning Eurovision song? This is the million dollar question and Ivan Yates from Newstalk Radio speaks to the man who has been part of Eurovision for many years plus he gave us Dustin The Turkey back in 2008. Bill Hughes – Award Winning TV and […] 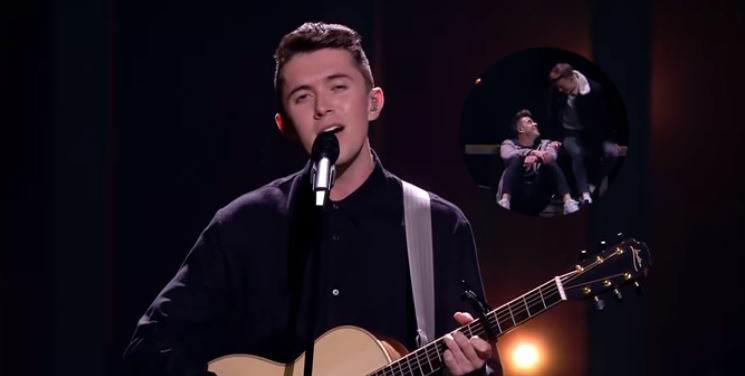 #LoveIsLove Tomorrow Vote With your Heart!

After a flawless performance at the first dress rehearsal for the Grand Final, Ryan O’Shaughnessy’s performance melted the hearts of the press here in the Press Center near Altice Arena. Could Ryan be the one to bring victory again for Ireland? After qualifying from the first Semi-Final, his […]

#IRELAND: Stats about Ryan As you’ll know, Ryan defied the odds and got one of the coveted places in the Grand Final of the 2018 Eurovision Song Contest. What you may not know is that the broadcast on RTÉ2 had an average audience of 329,000, which is a […]

#IRELAND: Ryan makes it to the final!!

#IRELAND: Ryan makes it to the final!! As you will have seen, Ryan has done the business and made it to Saturday’s Grand Final of the 2018 Eurovision Song Contest. In true fashion, his envelope was the last one out. So there will have been lots of bitten […]

#IRELAND: Ryan takes to the Blue Carpet in Lisbon

#IRELAND: Ryan takes to the Blue Carpet in Lisbon Eurovision 2018 has “officially” started, with the Blue Carpet event at MAAT on Lisbon’s waterfront. Over the course of several hours, the stars paraded on a hot and sunny day, chatting to press and fans. Eurovision Ireland spoke to […]