1992 British Eurovision Song Contest Finalist, Michael Ball, along with Alfie Boe, has released a brand new single – “The Gambler”. The official video is to follow, but you can listen to “The Gambler” below: Let us know what you think about the United Kingdom at the Eurovision […]

1992 British Eurovision Song Contest Finalist, Michael Ball, along with Alfie Boe, has released a brand new single – “Luck Be A Lady”. The official video is to follow, but you can listen to “Luck Be A Lady” below: Let us know what you think about the United […]

Many in the United Kingdom will have heard of Captain Tom Moore and the millions he has raised for the NHS Charities Together. Now he has teamed up with Michael Ball (Eurovision 1992), along with The NHS Voices Of Care Choir, to cover “You’ll Never Walk Alone”. You […]

#BIRTHDAY: Michael Ball from the UK is 57 today

BIRTHDAY: Michael Ball from the UK is 57 today Runner-up day today. There’s been plenty of them through the years. Only one year – to my knowledge – has no runner-up. It’s a good place if you’re a host broadcaster’s entry for many reasons. And back in the […]

Eurovision Stars – Whatever Happened To…? (Pt1)

Seeing the amazing Katrina & the Waves perform so wonderfully at the UK show Eurovision: You Decide last night got me thinking there are so many characters that have graced the Eurovision stages across the years. I thought I’d take a look at some of those that have lodged […] 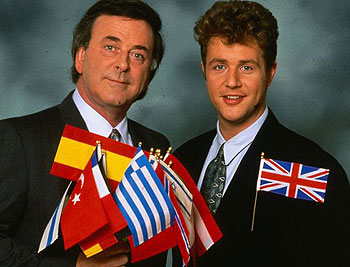 UK : Michael Ball shows his “Both Sides Now” – About time

Michael Ball – Eurovision runner-up in 1992 – has decided that 2013 is the year to share his “Both Sides Now”. Just the perfect thing for that Christmas stuffing. Oh Lord I mentioned the “C” word and we haven’t even got to Halloween yet! The singer who came […]