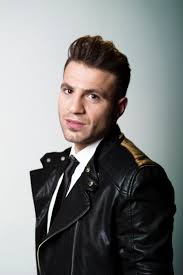 #BIRTHDAY: Hovig from Cyprus is 30 today

BIRTHDAY: Hovig from Cyprus is 30 today Did you ever wonder what makes a good selection process for your country’s act? Should it be a series of shows lasting months where one song gets eliminated each week? One show that’s all done and dusted in an hour? Or […]

The fun never stops here in Kyiv! Eurovision Ireland are working to bring you all the latest from the International Exhibition Centre, including a video interview with Hovig from Cyprus! Want to hear all about Hovig’s promotional tour? The meaning plans to bring Eurovision to the beach? Watch […] 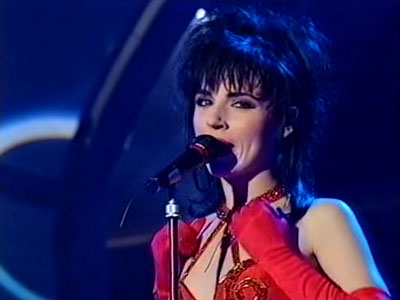 CYPRUS : REVISITED THE BEST AND WORST AT EUROVISION

Cyprus was the first country to announce its act for the 2017 Eurovision Song Contest and today after a lot of teasing, we can finally hear the song and watch the official video. Hovig will perform on the first Semi Final in Kyiv the song entitled  Gravity. The song […]

After all that wondering and guessing, Cypriot singer Hovig finally put us out of our misery and revealed the title of his Eurovision 2017 entry! Earlier tonight, he confirmed on Facebook that his song for Kyiv is called “Gravity”, but we’ll have to wait a little longer before […]

Since the weekend, Cyprus has been teasing Eurovision fans by posting short videos on Hovig’s Facebook page inviting us to guess the name of Cyprus’ Eurovision 2017 entry. And today’s clue seems to be a big one! If you need to remind yourselves, you can read more about […]

#CYPRUS – Another clue from Hovig! Curiouser and curiouser!

Yesterday we reported that Cypriot Eurovision singer Hovig teased his fans about his song for May’s contest with a cryptic video posted on his Facebook page.You can read more about it here! And today, we get our second clue! Check it out below!   Same haunting lullaby, but […]

#CYPRUS: Hovig’s cryptic Eurovision video – what does it mean?!

Well! What a weekend it’s been! If it wasn’t enough we now have our representatives for the UK and Finland for Eurovision 2017, we also now have a surprise from Cyprus too! Earlier tonight, Cypriot singer Hovig, who will represent the Mediterranean island in Kyiv in May posted […]

Recently we posted a poll asking which of the acts going to Kyiv you were most excited about. Unfortunately, we were a little too premature to include Montenegro in our list, but as you’ve had a week to vote for the others, we’ll now reveal the results! The […]

#POLL – Who are you most looking forward to seeing at Eurovision 2017?

It’s almost 2017!! A new year, a new start and most importantly of all, ALMOST TIME FOR ANOTHER EUROVISION!! Yes, Eurovision 2017 is getting closer and 9 countries have already selected their artists to fly the flag for them in to Kyiv, Ukraine. Of course, as […]

With the national final season kicking off in Albania later tonight, let us take a look at three already chosen artists for Eurovision 2017. Three countries (Cyprus, Ireland and Austria) have chosen male solo artists to fly their flags in Kyiv, so let’s take a look at these […]