Tag: Dancing In The Rain

Spain : Well Ruth Lorenzo danced through the rain on live Spanish tv earlier this year and yesterday she took to the air for a live acrobatic performance of her current release ‘Gigantes’. Last night she took the air literally on ‘Los viernes al show’ where she sang live […]

If you say ‘Blue Planet’ then you probably think we are talking about a Richard Attenborough BBC nature documentary. However say it in Spanish ‘Planeta Azul’ and you have the new album from Spain’s 2014 Eurovision songstress Ruth Lorenzo. Yesterday saw the release of Lorenzo’s much-anticipated album on […]

Ruth Lorenzo returns after her Eurovision success with her new song ‘Gigantes’. We already reviewed the song and we #LoveIt! She gave an acoustic live performance of the song recently in Spain. With her on stage were David Escudero and Daniel Gómez. Only one thing to say about this […]

Spain : “I plan to return to Eurovision within 3 years” – Ruth Lorenzo

Ruth Lorenzo confounded the critics and won the Spanish National Selection for Eurovision 2014 and brought the country to the Top 10 in the contest. Hours ago she gave a tv interview to FormulaTV in Spain on the red carpet at the Neox Fan Awards. In the interview […] 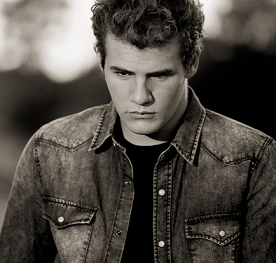 2014 saw the voice of Spanish Eurovision fans heard when they called for Ruth Lorenzo to be included in their selection for Copenhagen. Could it be déjà vu again for Eurovision 2015? Raul Gomez’s fans have started a social media campaign to have the singer represent Spain at […]

The time has come for Ruth Lorenzo to release the follow-up single to her Eurovision ‘Dancing in the Rain’. ‘Gigantes’ or ‘Giants’ is just exactly that – a huge song! This sees Lorenzo exploring her rock/pop influences. Does it work? Oh YES! It has an American sound to […]

SPAIN : Ruth Lorenzo ‘Singing in the Rain’ in Glasgow

Spain’s Eurovision 2014 representative Ruth Lorenzo was more ‘Singing in the Rain’ than ‘Dancing’ in it in Glasgow last weekend. In her quest to get to Glasgow for her concert, Lorenzo missed her flight and spent 12 hours in the airport waiting on her connecting flight. The […]

Eurovision Ireland Meets Ruth Lorenzo and She Makes us Cry

What happens when you meet the beautiful Ruth Lorenzo from Spain at Eurovision 2014? She makes you cry. The “Dancing In The Rain” star opened up to us about her friend from Ireland who she dedicates her Eurovision entry to.   We all remember Ruth from her time […]

Breaking News – Spain’s Eurovision 2014 representative Ruth Lorenzo has just tweeted that she has been seen by a Doctor and has been advised that she must cancel all performances and rehearsals for the next 48 hours. She tweeted the following Message – SEE HERE Lorenzo’s first rehearsal […]

Eurovision Remix of “Dancing In The Rain”

Oh the joy of opening an email and it is a pleasant surprise and not someone asking why their favourite country is not doing well in the betting odds. Just to clarify that my name is not Mr Paddy Power nor have I met the handsome man himself […]