OGAE Fans Can Buy Wristbands for Euroclub in Copenhagen

OGAE (Official Eurovision Fan Network) have come up with a solution for fans to #JoinUs at Euroclub in Copenhagen. They have announced a “Wristband Purchase System” that will allow you access to Euroclub – which is at Vega in Copenhagen this year. To avoid any confusion we have […]

Buying Your Tickets for Eurovision 2014 Through OGAE IRELAND

The EBU and DR announced today that tickets for Eurovision 2014 will go on sale this Friday November 29th. Full details of this are in our article from today – SEE HERE. There is though an alternative process for OGAE members who wish to purchase their tickets through […] 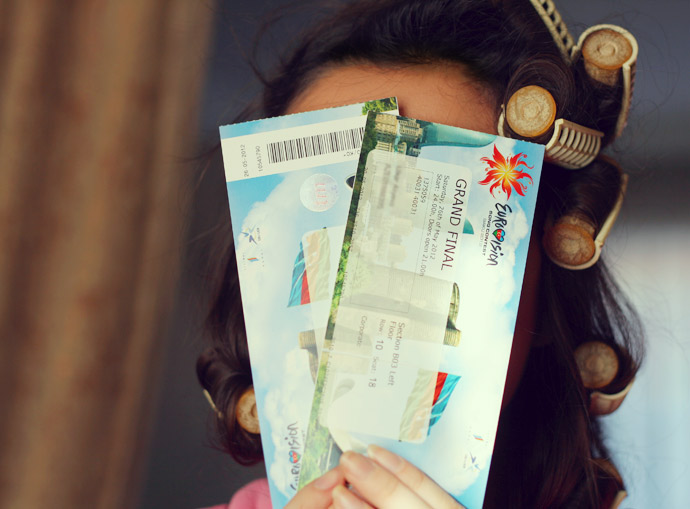 Tickets for the Eurovision Song Contest 2014 will go on sale to the General Public beginning at 10:00 (CET) this Friday November 29th. The tickets this year will be sold through the agent Billetlugen.dk and you can find out the details on their official page HERE You can purchase […]

AUSTRIA : Conchita Wurst Gets the Seal of Approval from Eurovision Winner

Austria’s 2014 Eurovision Representative Conchita Wurst has received the seal of approval for her participation at the contest from a former Eurovision Winner. OGAE Austria had their Annual celebrations and in attendance was none other that Eurovision winner Anne-Marie David who won the contest with the 1973 classic […]

The OGAE (Official Eurovision Fan Network) “Second Chance Contest” was hosted in Spain recently. This is a time-honored tradition run every year since 1987. The National branches of OGAE select a non winning song from their National Selection. The members of the clubs then vote on all the […]

Turkey may not be participating in the Eurovision Song Contest this year but their OGAE Club have cast their votes for Eurovision 2013. Will they be awarding Azerbaijan their 12 points? Let’s take a closer look. OGAE Turkey 1 point – the Netherlands 2 points – Russia 3 […]

OGAE Malta – Official Eurovision Fan Club – have “officially” cast their Eurovision votes that our friends at our good friends at ESCflashMalta.com had given to us some time ago. So who did Malta see as this year’s contenders? OGAE Malta 1 point: Austria 2 points: Azerbaijan 3 points: Ireland 4 […]