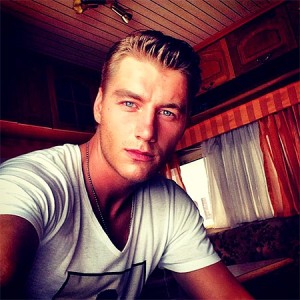 Alexey Vorobyov aka Alex Sparrow scores in Hollywood with an American Film Award. It was not long ago that the 2011 Russian Eurovision singer almost lost his life in a car accident in Los Angles but he has turned everything around like a true ‘Hollywood fairytale’.

Alexey Vorobyov has been working on his film career and was rewarded by the Action on Film International Film Festival. Yesterday he won ‘Best Short Foreign Film’ for the movie ‘Dad’ that he directed. This is his directorial début and he has done it in style. 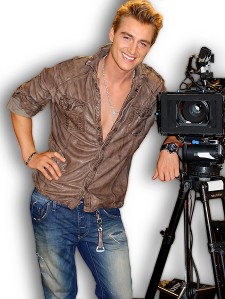 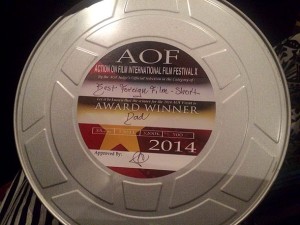 The Action on Film International Film Festival was founded in 2004 by Del Weston. After being disappointed by a bad experience, Weston sought to create a festival where filmmakers could showcase their films.It was first held in Long Beach, California as a part of the Long Beach International Martial Arts Championships. In 2008, it moved to Pasadena, California. In 2012, it was moved to Monrovia, California. 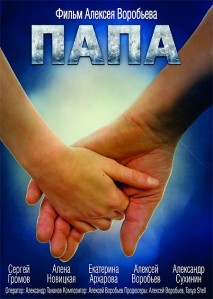 In “Dad” Alexey Vorobyov acted not only as a director, but also a writer and composer. Starring in his début film are Sergei Gromov, Catherine Arkharova  and Alexander Sukhinin. The singer began to shoot a short film back in 2013, after his car accident in America.

The film is about how a father fails to cope with the tragic loss of his beloved daughter and is based on real life events.

“I once heard a terrible story of a very happy family, which ended in tragedy, and it pushed me to write the script. But in my film, “Dad” it is in contrast to the real events, all it focuses on the love in the family. But the main thing – this picture accurately reflects my condition after the accident – when a person has nothing left of what he lived”

Huge congratulations to Alexey on his success.

Alexey represented Russia at Eurovision in 2011 with the song ‘Get You’.