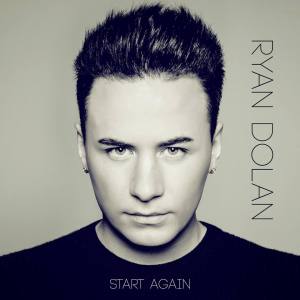 Ireland – Ryan Dolan may not have won Eurovision but he has certainly won the accolade of “Best Follow Up” single for his new song “Start Again”.

March 7th sees the release of his new song “Start Again” that he has composed with Conor Mulhall and David Arkins. Putting aside the fact that I got to know Ryan last year over the course of Eurovision 2013, I have to say that “Start Again” is a stunning song.

Far removed from the dance anthem of “Only Love Survives” comes this tender and heartfelt ballad that is not what you expect initially. The song surrounds the growing problem of bullying and suicide among young teenagers across the world as they come to terms with their feelings, sexuality and identity. 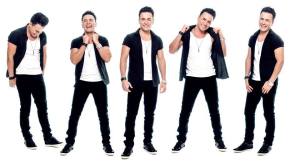 Ryan spoke recently about his own coming to terms on these issues in the Irish Media. “Start Again” certainly has a strong personal resonance for him which makes this an intimate song and portrait of the man who you came to know at Eurovision. The video was beautifully directed by the young talented Irish director Ovié Étseyatsé.

The song has a cinematic quality as it features the Prague FILMharmonic Orchestra and Conductor Adam Klemens. This adds a musical depth to the song.

The important message from this song is to seek help from family, friends or your local support organisations if you are being bullied, threatened or confused. One needs not to suffer alone!

You can download the song on i-Tunes Here, Amazon Here and Spotify and All other Major download platforms.

“Start Again” from Ryan Dolan is our recommendation of the week.